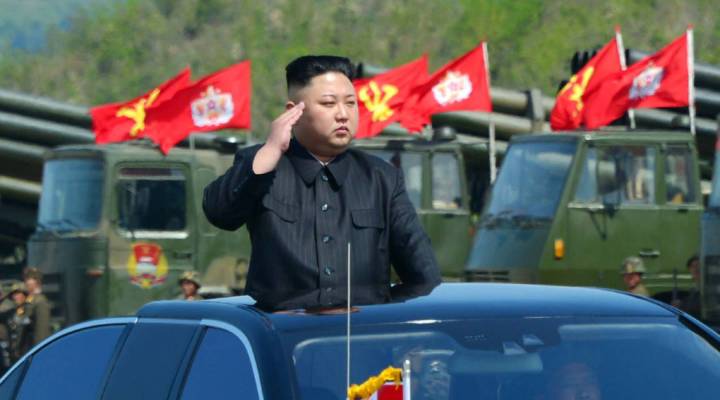 North Korean leader Kim Jong Un is set to meet with South Korean president Moon Jae-in at a village on the border between the two Koreas on April 27.

This will be the third time since the Korean War ended in 1953 that the leaders from these two countries will meet face-to-face. The key item on the agenda: denuclearization of the Korean Peninsula.

And North Korea might actually listen, given the danger that nuclear weapons pose to them, according to Georgetown University adjunct professor Bill Brown.

Brown, who’s also worked at the State Department and the U.S. Embassy in Seoul, joined us to explain why, along with how U.N. sanctions on North Korea might be helping to decentralize the North Korean economy and make it more productive. Below is an edited transcript of the conversation.

Sabri Ben-Achour: So, you argue that a face-to-face meeting between Donald Trump and Kim Jong Un is a good idea, but also made possible by the fact that U.S. sanctions and economic pressure from China have worked. What’s your evidence for that?

Bill Brown: Yeah, for a long time, I didn’t think the sanctions were working. What’s changed though is China. China has come to the plate with its near embargo on imports from North Korea. They release very detailed data every month on their trade with everybody, of course, but especially their trade with North Korea. And it has shown, for example, that in the January data from 2018 compared to January 2017, their imports from North Korea were down 85 percent. Their exports to North Korea were down also, but down about 30 percent. So that creates a huge trade deficit for North Korea.

Ben-Achour: Well, one thing you’ve suggested is to use sanctions in a way that actually might develop North Korea’s economy. What do you mean by that?

Brown: North Korea’s a very odd economy now. Everything is planned by the state and the distribution is by ration rather than by money. Probably about half of the economy is still working off this command, or what we call a ration system. The other half of the economy is basically now a market economy. So there are two economies overlapping each other. What’s becoming more apparent though is the money economy, the market economy, is eroding the state economy. The sanctions, all this work from the outside world, in my view, is sort of crippling the state side of the economy. It’s allowing the market economy to develop — not nicely, it’s kind of chaotic. But it’s growing. It’s kind of a race in a way between the nuclear weapons part and the market part.

Ben-Achour: What reason is there to believe that any amount of sanctions will cause North Korea to give up its biggest bargaining chip, nuclear weapons?

Brown: During this whole process as they’ve been developing their nuclear weapons, their state economy, their socialist economy, has gone in reverse. Now it’s just incredibly weak. I think the right kind of policies might make them realize they’ve made a bad choice and that the nuclear weapons are actually are more of a danger to them than they are a security blanket.