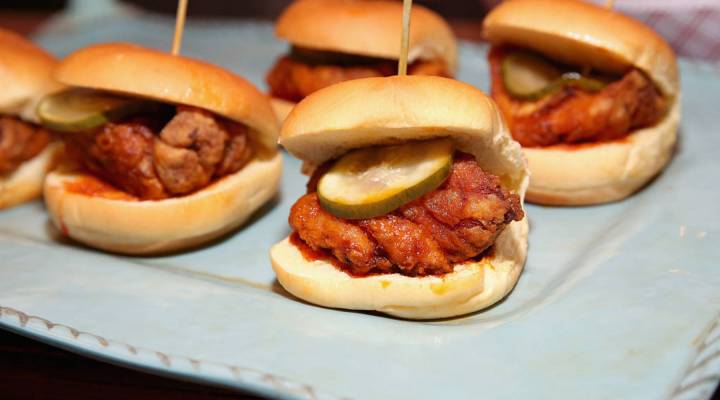 Hot chicken — the spicy fried chicken that originated in Nashville, Tennessee — made its way to hipster restaurant menus and boutique food halls in the past few years. It’s begun popping up in big chains like Shake Shack and Dave & Busters, and now has crossed the pond. In Fulham, a popular neighborhood for American immigrants in London, a Houston and Nashville native have teamed up to open Stagolee’s Hot Chicken & Liquor.

So how does a food trend travel that far, that fast? David Sax, a food journalist and author of “The Tastemakers,” said the appetite for food trends has accelerated because we don’t just consume food trends with our mouths now. Social media helps spread the latest food craze faster and farther.

This has given big chain restaurants a glut of trends to choose from.

“We know that authenticity and the stories about where things come from are almost as important as the actual food itself,” said Kevin Hochman, president and chief concept officer of Kentucky Fried Chicken. KFC added Nashville hot chicken and tenders to its menu last year, and sold more than 3 million pounds of the stuff in 2016. Hochman calls it the most successful product launch he remembers.

“I call it democratizing these regional flavors,” Hochman said.

The cool kids tend to think a food trend is no longer a thing once it hits the big chain restaurants, “But actually, that’s when it becomes a real, full-blown trend,” Sax said. “When you can get it at any mall, any food court, any supermarket. Or in London!”

KFC has also rolled out hot chicken in its stores in India. Sax said that rather than diluting the brand, the mass-market adoption of a food trend will usually raise its profile.

“If you like KFC’s version, you’re more likely to want the real deal,” Sax said. “Which means the line outside of the chicken shacks in Nashville might become even longer.”