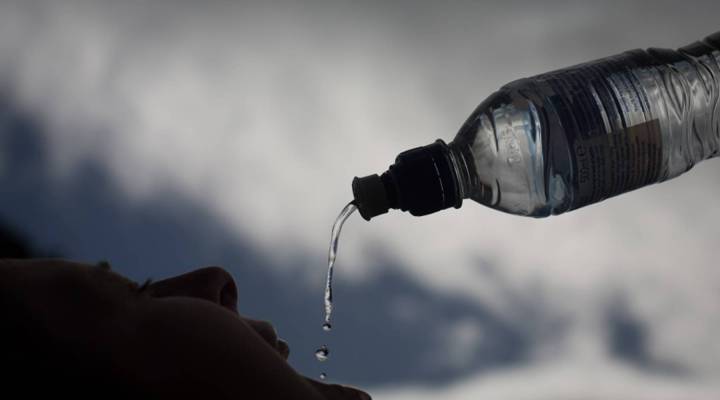 COPY
There’s a question about whether Americans are getting a more healthful liquid from bottles than taps. Matt Cardy/Getty Images

There’s a question about whether Americans are getting a more healthful liquid from bottles than taps. Matt Cardy/Getty Images
Listen Now

We have choices: There’s the water that’s provided for us by our local governments — tap water — and there’s the bottled water we pay for. And we pay a lot.

But there’s a question about whether Americans are getting a more healthful liquid from bottles than taps.

“So if you are supposed to filter your own tap water, you could get a similar quality of what some bottled waters are selling,” said Nneka Leiba, director of Healthy Living Science at the Environmental Working Group (EWG), a research and advocacy organization.

In 2008, EWG researchers found that half of bottled water brands had the same chemical tracings found in filtered tap water. In other words, it’s basically the same stuff. And for Leiba, that means the same health concerns.

It’s pretty easy to research the quality of your local tap water (you should receive a yearly report from your water supplier) but it’s much harder to figure out where an individual bottle of water came from.

The tap water system isn’t perfect, but on the whole, what comes out of U.S. taps is good, Leiba said.

So if the selling point isn’t the water quality, then what is it?

Tom Pirko, the CEO of Bevmark, a food and beverage consulting company, has thought a lot about how you sell something that you can already get for free.

To hear Pirko’s take on the marketing of bottled water, click the audio player above.