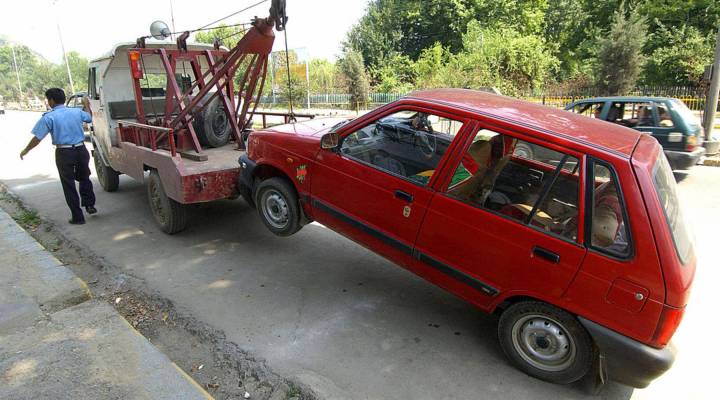 A tow-truck pulls a vehicle away from a non-parking zone. Sajjad Hussain/AFP/Getty Images
I've Always Wondered ...