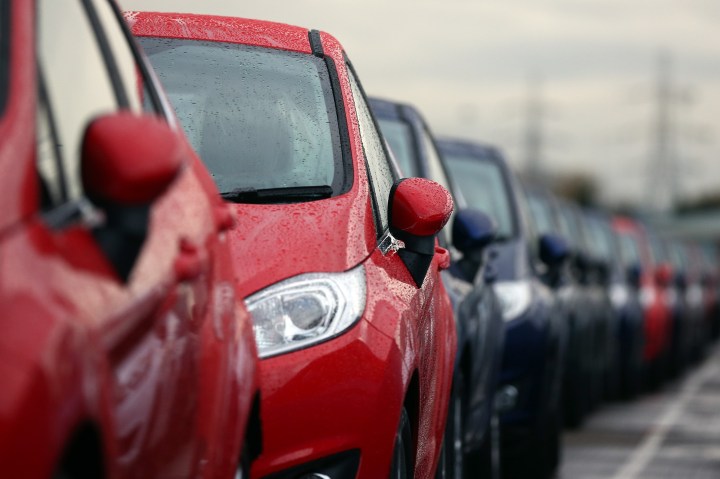 I have always wondered what happens to the cars that don’t get sold.

Before this year’s car shortage, it wasn’t uncommon to see endless rows of vehicles, waiting to be sold, at dealerships.

Jeff Jackson, the president and chief operating officer of Gee Automotive, which has dealerships in the Pacific Northwest, recalled that some locations would fit as many cars as they could on their lots.

“Cars are stacked like sardines, you can’t open the doors,” he said. “And you order your cars two or three months in advance so you can have new ones coming in. It was a challenge until this year.”

It turns out that cars remain there until they’re sold, at least when it comes to new models.

“You just keep reducing the price until somebody buys it,” Jackson explained.

Some of the common reasons a car doesn’t sell might involve constraints at a factory — for instance, luxury cars that lack sunroofs or navigation, according to Jackson. In other cases, customers might not like the car’s color.

“Then sometimes, car companies just make too many of a certain kind of vehicle,” Jackson said.

But used cars are a different beast, with dealerships keeping these vehicles for a limited time.

“Typically, a dealership will only want to keep a vehicle for about 60 days. The philosophy is that if you haven’t sold it in 60 days, you’re going to have trouble selling it, or maybe it’s not the right car for your lot,” Jackson said. “During those 60 days, you’ll reduce the price until you probably don’t have any profit left in it.”

He added that after those 60 days, dealers can participate in a wholesale auction — either virtual or in person — where other dealers can bid to buy that car.

“On the used-car side, cars usually go unsold just because they’re in the wrong place. It’s a matter of getting that to the right place,” he said.

Moody noted that sometimes, if a used car is distressed enough, it might go to a salvage yard and get recycled.

“There’s a lot of money to be made in cars. When you see a wrecked car, chances are 80% of it is still usable,” Moody said. “The engine, the tires — all that stuff.”

But this year, every car seems to have a buyer. A global microchip shortage led major car manufacturers like Jeep, Honda and Toyota to scale back production, which caused a boom in prices. There’s been high demand for both new and used vehicles that companies have struggled to keep up with.

General Motors also just announced that it will temporarily shut down production at six North American factories due to the shortage.

There are signs, though, that the used-car market may be returning to normal. Sales are slowing, while their prices are beginning to drop by as much as $2,000.

Part of the reason: Some people who own multiple cars are offloading them to cash in on the high prices, and dealers are making appealing offers to owners who may consider parting with their trusty vehicles.