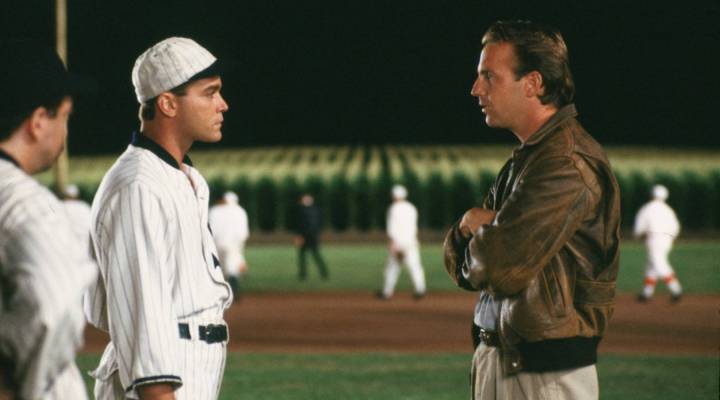 So far this summer at the movies we’ve seen “Wonder Woman,” a new “Spider-Man,” a shark thriller and a car chase-musical mashup. Many would say, though, that the summer movie list is missing a key item: a classic baseball movie. As the New York Times Magazine puts it, “Where Did the Great Hollywood Baseball Movie Go?” Jay Caspian Kang, author of the article, explores this question with host Adriene Hill. An edited transcript of their conversation follows.

Adriene Hill: Why has the great Hollywood baseball movie disappeared?

Jay Caspian Kang: I think that a lot like the rest of Hollywood right now, baseball movies are suffering from foreign rights and the idea that you can’t really get a movie made with a big budget unless it sells in China or other parts of Asia. And I think baseball movies even more so than other sports movies don’t really translate to international audiences, so it’s very difficult to get funding for them. But I think on another level, our sentimental relationship with baseball might have changed over the past 15 or 20 years, and I’m not sure that you can still make the same type of movie that you made in the late ’80s and the early ’90s, which is sort of like sentimentalized fathers and sons in the sort of middle Americana.

Hill: Is that because of the strike or is it something else? What about our relationship with the sport itself has changed?

Kang: Starting in 1994, I think the strike and then the steroid era purged a lot of the sentimentality that comes along with it. I think there’s also this thing, which, you know, I certainly don’t blame on the players at all, or even on the economy of baseball, where I think in the early ’80s or in the ’70s you could sort of imagine that somebody that you grew up with who you could relate to would be playing on the field. But given the salaries of the players and how public they are and how rich they are, it’s very difficult to make anything about sports that feels modern and current that doesn’t discuss like the lifestyle of these players. Because you have to at some point address the fact that this guy is making like $20 million a year, and that his life is very, very different from the person who’s watching the drama unfold.

Hill: That’s interesting that we’ve sort of lost the ability to connect to these players in some way.

Kang: Yeah, and you know, I think that some of it unfortunately is probably about race as well. I mean, you know, I think that since the ’80s and ’90s, the demographics of baseball has changed quite a bit and that a lot of the star players are now from Latin America and that baseball hasn’t really done a good job of introducing these players to the rooting public. So I think that baseball itself has sort of lagged behind in trying to make a large portion of their player base accessible enough to even feature in a movie, however silly.

Hill: And what about a great sports movie more broadly? As I was thinking about it, we’re not seeing a ton of sports movies either, at least these schmaltzy sports movies of my childhood.

Kang: Yeah, I think that the NBA probably has the best shot at it, because they have such a big fan base in China and around the world. But I just think that the NBA doesn’t quite lend itself to being filmed in the same sort of way, because you don’t have the moment where the guy walks out of the tunnel and then the field opens up in front of him and he gives a speech about, you know, this is a cathedral of my childhood, and my father was like a sardine canner…

Hill: … The sun shining through the cloud at the precise moment on his face.

Kang: Yeah, exactly. So in a basketball arena, it would be like people shooting off a T-shirt cannons and loud music, so I don’t know if it translates. At least it wouldn’t work for me as well. But maybe there are some people for whom that sort of scene has a lot of sentimentality.