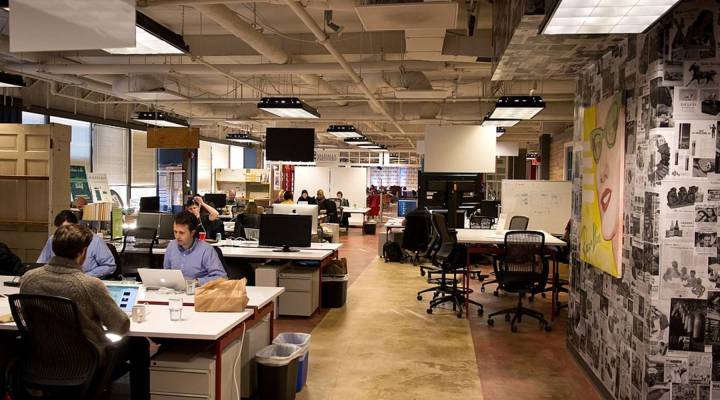 Not to get all “Lion King” here, but there’s a circle of life in business, just like in the rest of the world. Companies are born, and they die. But now we’re facing an economic situation where companies are dying faster than they’re being created. That’s the upshot of a study by the Economic Innovation Group. John Lettieri is a co-founder and the director of policy for the group. He joined Marketplace host Kai Ryssdal to talk more about the study’s findings. The following is an edited transcript of their conversation.

Kai Ryssdal: What does it mean that companies are dying faster than they’re being formed?

John Lettieri: Well, what it means is that for the first time on record in 2009, after the Great Recession, we saw the birth rate of firms, the startup rate, cross below the death rate of firms. That had never happened before, even in a single year, and it happened for three consecutive years in 2009, 2010 and 2011. And the hole that we dug was deep enough such that in 2014, which is the latest year the data is available, we had fewer total firms in the economy than we had in 2007, even though the economy itself has grown by more than a trillion in GDP. That’s a big deal, because the downstream impact of a missing generation of what we roughly estimate is a million missing firms that should have been born during that period is really profound when you think about the labor market implications, the competition implications within industries, the wage growth implications. If you have fewer firms competing for workers, there’s just less of a reason to do certain things in the economy that we’ve traditionally been able to rely upon.

Ryssdal: Is this widespread across the country or did you look at major metropolitan areas, is it a rural-urban thing, what is it?

Lettieri: We’ve looked at every sector of the economy, in every region of the economy, and it’s widespread. With the startup rate being low, the overall number of new businesses being added to the economy has gone way down. This is the slowest period of net growth in terms of businesses that we’ve ever seen. And so the pie is getting smaller, but the slices are relatively bigger to the big super-performing metro areas. So we looked at how many metros accounted for half of the national increase of firms after the recession. Five metros alone did as much as the rest of the country combined. That’s just staggering. We’ve never seen anything like that.

Ryssdal: So New York, Miami — just reading off the report — Los Angeles, Houston and Dallas are all good. But if I’m in, say, Duluth, Minnesota, or the outskirts of Jackson, Mississippi, or wherever, I’m in some trouble.

Lettieri: You’re in some trouble. We definitely see a reward to density.

Lettieri: These larger, denser metro areas are doing well. And it’s not that smaller metros in isolation aren’t doing well. You look at places like Salt Lake City or Provo or Austin, their startup rates are really strong. It’s that they don’t have the scale that a place like New York or Boston or Miami. But regardless, the historical precedent has not been to have so much of net national business growth coming from such a small number of places. It’s not a blip. It looks like we’re settling into this new normal of a narrow swath of people, places and firms accounting for a huge proportion of the national growth story. And that’s why if you live outside of one of those high-performing areas, the story that they’re hearing for years about the national recovery, the worst being behind us, the rising tide, just never resonated with many people for good reason. It wasn’t their local experience.