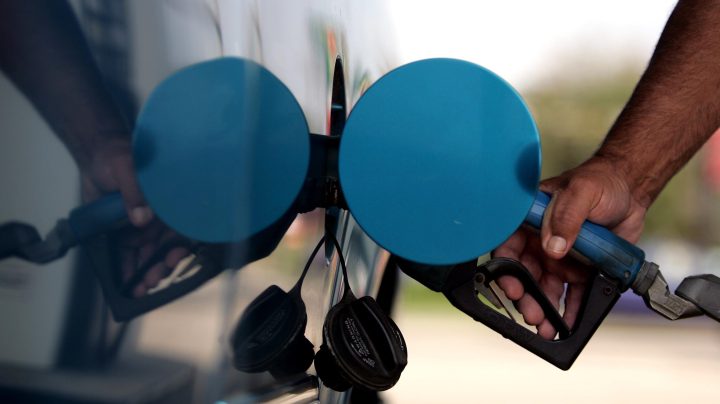 Crude oil prices spiked this week after a drone strike on Saudi Arabian oil facilities reduced global output by around 5%. For some macroeconomic context, we called Roberto Perli, a former Federal Reserve economist and partner at economic policy research firm Cornerstone Macro. The following is an edited transcript of his conversation with Kai Ryssdal:

Kai Ryssdal: As you look at the last, what, 24 hours in the global economy, are you thinking bad thoughts? Are you thinking, “Yeah, not so bad”?

Roberto Perli: Well, look, I think there is no doubt that, you know, prices are up or up a lot. But there’s also no doubt that the U.S. economy is very resilient. It is in very good shape. In fact, the U.S. economy is in the best shape of any other advanced economies, and actually, probably better shape than most other emerging economies. So we’re starting from a very good starting point. So I wouldn’t assume that just because oil prices went up, even a lot today, it’s not necessarily a sign of recession.

Ryssdal: OK, the American economy is strong, I grant you that, but oil is globally traded, and everybody’s paying more. Right?

Perli: Well, absolutely. Right. But I will also remember that in the past, we have oil prices quite a bit higher than today without a recession. That’s the first observation. The second observation is that the U.S. economy today is different than what it was 10 or 20 years ago. Back then, we used to import virtually all the oil that we used, and now, actually, we don’t, right? We produce a lot of oil domestically. And I think that’s going to help us. You know, the higher oil prices are going to hurt, certainly, consumers, whoever uses oil, but are going to help the manufacturers as well. So it’s a little bit different situation than we had before. It’s not obvious that manufacturers are going to fire everybody just because oil prices are higher.

Ryssdal: Let’s say this oil shock goes on for 30 days. What are you going to start looking at to gauge whether it’s really digging it?

Perli: Well, I think the first thing that we need to look at is jobless claims. What is that? That’s the number of people that lose jobs every week and that claim unemployment. So if we see those numbers going up, that means that firms, businesses are actually firing people, and that’s not a good sign. But the good news is that so far, we haven’t seen anything of the sort. So obviously, oil prices just started going up now, but we’re starting again, from a very strong point. Jobless claims are at or near record lows.

Ryssdal: You used to work the Federal Reserve, right?

Ryssdal: OK. So with the insider’s knowledge that you have, obviously, Mr. Powell and the gang are meeting this week. Is this changing their calculations at all, do you think?

Perli: Well, I think it’s too early. So like everybody, obviously, they’re watching the situation. They’re monitoring all prices very carefully, monitoring jobless claims, so we just said. But I don’t think they are panicking, right, again because the U.S. economy starts from a very good starting position. So I think the attitude would be, “Let’s see what happens. If something bad happens, of course we’re going to cut rates, we’re gonna do what we can to cushion the economy from this shock, but there’s no need to do anything drastic at the moment.” So they’re are vigilant, but I don’t think they’re panicking.