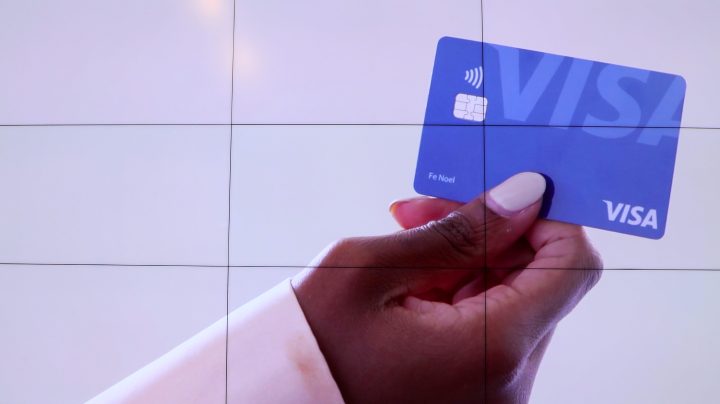 As the economy recovers from the pandemic-induced recession, we’ve relied on consumers to get us through. Consumers are spending much more time shopping for goods online than before, using less cash and more digital forms of payment like debit cards.

“Marketplace” host Kai Ryssdal spoke with Visa CEO Al Kelly about the growth of e-commerce and the move away from cash, as well as why Visa is entering the buy now, pay later space and what the new omicron variant may mean for the economic recovery. The following is an edited transcript of their conversation.

Kai Ryssdal: Give me your gut, sir. How are you feeling about this economy right now, with the new variant and all of that?

Al Kelly: I think we’re well into a recovery, Kai. Debit and e-commerce carried the day during the pandemic. But we’re starting to see the affluent customer back in the market, credit card volumes are accelerating, we’re starting to see face-to-face volume accelerating again. You know, the new variant — it’s early days, obviously. We’ll track it. But I think the recovery that we’re in has an awful lot of momentum. I think the appetite for people to go back into lockdown is very low, and I’m hoping a lot of people get out and get vaccinated.

Ryssdal: Do you worry at all about the ability of the American consumer, upon whom all of this fundamentally relies, to keep on going and driving us through the end of this thing?

Ryssdal: So, all of that is great for, you know, the larger companies and down into sort of medium-ish-sized businesses who can deal with the online thing and have been able to make that transition. Do you worry at all about small businesses and them being able to make that turn? Because all of this happened so fast for them.

Kelly: I do worry about small businesses, Kai. They are the engine of growth; they generate so many jobs in America. Those that were omniready, had good websites, were able to adapt quickly to a new way of working where perhaps the consumer ordered online and picked up their item in the store or curbside. … If you don’t have a way for people to reach your business from their home office or their bed or their car or any other site, and the only way they can reach you is by going to your actual store, you’re going to be left behind as a small-business owner.

Ryssdal: It’s kind of an obvious thing to say, but I think a lot of people probably need to hear it — we’re never going back to the way it was, right, as far as you’re concerned?

Ryssdal: Yeah. One last thing I want to ask you about, Mr. Kelly, while I have you on the phone, this whole trend toward buy now, pay later. Visa is trying to get into that space, you see ads for it in programs. And you know, those of us old enough to remember the old layaway plan … remember what that was? Where’s this coming from now, do you think? And do you suppose it could go bad in a hurry?

Kelly: Well, unfortunately, I’m one of those people who remembers what layaway plans are. It’s basically, right now, these models are largely funded by the merchant on the belief that they’re getting an incremental customer. We at Visa created our own platform called Visa Installments, which we’ll make available to any bank who wants to use it around the world, so that they can offer the same capability of extending a payment over three or four or five payments that some of the third-party players are offering right now.

Ryssdal: Yeah, but you could see a way that consumers are going to end up carrying the cost once the companies have those incremental consumers, right? They’re going to be like, “Yeah, we’re not going to carry this forever. It’s, it’s now, you know, 5% a month to you” or whatever it is.

Kelly: I think the model could certainly change over time, Kai. It’s one of the things we’ll all have to watch very carefully. It’s very possible that over time, where the consumer has to pay the higher interest rates for the service. … These companies are in the business of making money, so somebody is going to have to provide the economic flow to allow this kind of offering to continue and to grow in the marketplace.