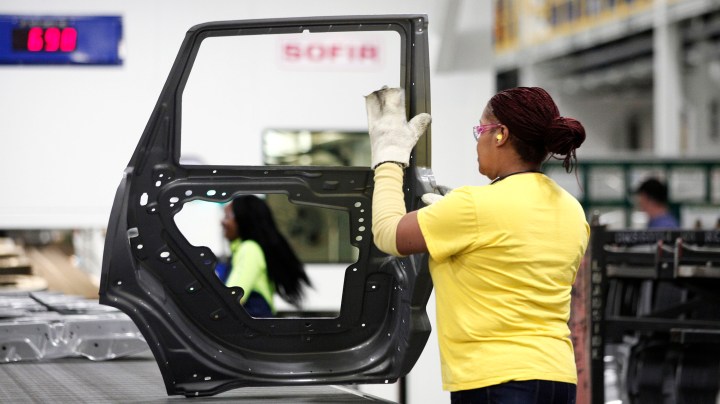 COPY
A worker handles a car door at a Chrysler plant in Warren, Michigan, in 2016. Bill Pugliano/Getty Images

A worker handles a car door at a Chrysler plant in Warren, Michigan, in 2016. Bill Pugliano/Getty Images
Listen Now

The American manufacturing sector loved President Donald Trump during his first two years in office. With a promise to revive the industry, companies created new jobs and investment, fueled by optimism from Trump’s “America First” agenda.

Last week, though, U.S. factories reported they’re contracting and slipping into a recession as the industry deals with tremendous uncertainty in the trade war.

Shawn Donnan, a senior writer at Bloomberg, spoke with “Marketplace” host Kai Ryssdal about what this might mean for the president, who faces an election, and possibly a larger recession, on the horizon. His article on U.S. manufacturing is in the latest issue of Bloomberg Businessweek.

“A lot less people work in manufacturing today, but it’s where they work that matters, in America’s industrial heartland,” Donnan said. “Those same states are going to matter next year in the election.”