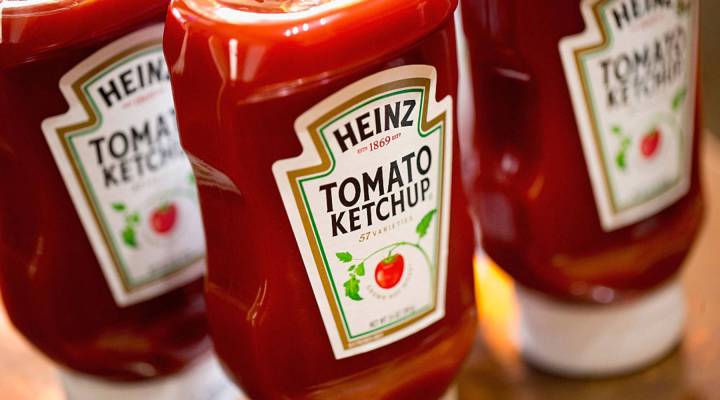 What’s a hot dog without condiments? Not a true hot dog. Maybe that’s why in 2014 Americans bought $764 million worth of ketchup and $436 million in mustard,  according to Euromonitor. And, in the ketchup department at least, there’s a clear leader: Heinz.

But how do you get to be the best ketchup in the world? Marketplace Weekend host Lizzie O’Leary called up Heinz brand manager Nicole Kulwicki to find out. The following is an edited transcript of their conversation.

Lizzie O’Leary: When we look at the numbers, we just see this sort of incredible dominance. How did Heinz come to really dominate the ketchup market?

Nicole Kulwicki: Well, the Heinz brand, it’s been around since 1869. So it is a very well-established brand within the ketchup category, so we’re actually nearing our 150th anniversary. And even from the beginning, H.J. Heinz, was very keen to promote the value of people being able to see the quality of the product within clear bottles. And so we really continued to promote those ideas and values as a brand, and also in all of the products that we have launched since then, and into today.

O’Leary: I mean, I’ve got to figure that, you know, your classic Heinz ketchup is still your best seller. Do sales go up in the summer?

Kulwicki: We definitely do see a spike over the summer grilling season. So for your Fourth of July barbecues, Memorial Day barbecues, those are the time frames that we do see a spike as consumers are enjoying all of those great foods. One of the things that we do have that is a popular seller for us is actually our picnic pack, which is a three-pack of Heinz ketchup, mustard, and relish. And so that is actually a very popular item for us in the summertime, particularly because it just is [a] one-stop shop for your summer grilling trio.

O’Leary: I guess I have to know, do you put ketchup on your hot dogs?

Kulwicki: I am, absolutely. Through and through.

O’Leary: Okay. I’ve an extremely controversial question for you.

Kulwicki: Sure. Go ahead.

O’Leary: Do you consider a hot dog, a sandwich?

Kulwicki: You know, I do not, actually. I think it’s really in its own category. I think hot dogs stand alone, apart from sandwiches and apart from hamburgers. I think they really are in a category of their own.

O’Leary: Good. That was the right answer, by the way. The internet might disagree with us, but the internet is wrong.

Kulwicki: That’s good to know. I don’t want to cause any undue controversy, but that is my opinion.

Kulwicki: I love it. I’m taking [it] over. I’m telling everyone here that I have now been deemed the Sauce Boss.