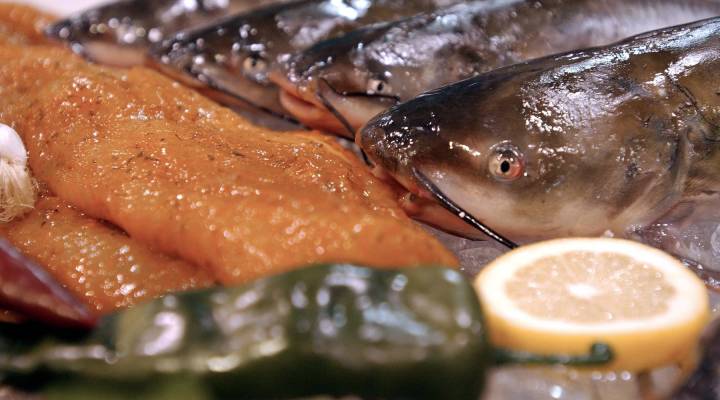 We like to talk to small business owners in order to get a handle on how the economy feels. Catfish farmer Townsend Kyser, who runs Kyser Family Farms with his father, is someone we check in with every so often. The last time we spoke to Kyser, Barack Obama was still in the White House. Marketplace host Kai Ryssdal gave Kyser a call to see how his business is doing. Below in an edited transcript of their conversation.

Townsend Kyser: Good to talk to you again, Kai. How are you?

Kai Ryssdal: How are the catfish?

Townsend Kyser: They are good right now. They’re getting some fresh water from the tropical storm that just rolled in today, and they’re happy as they can be.

Ryssdal: How are you feeling about the economy in general these days?

Kyser: I’m very hopeful. We have had a little lull in catfish sales, but that’s a post-Lent kind of hangover.

Kyser: Yes, sir. Lent is a big time for catfish. Everybody likes to eat fish on Fridays. And it spikes a little bit of our sales. Some years are better than others. But after Lent, it slows down a little bit, and then it picks back up.

Ryssdal: It is, though — catfishes, I mean — it’s a discretionary item, right? People with a little extra money in their pockets?

Kyser: They do. It’s a seafood, and seafood is a little bit more of a luxury item. So we’re hopeful that the economy is going to keep turning around, and people go out to eat a few more times than they normally do.

Ryssdal: Why are you hopeful about the economy? I mean, is it the idea of lighter regulation, and sort of just a boost under the Trump administration?

Kyser:  Very much so. Like I said, that allows people a little more freedom to go out and eat and that’s what kind of drives our market. We want everyone to do well because that helps us to do well.

Ryssdal: What’s it been like in town? I mean, when you go to — what was the name of that gas station place that we went to for lunch?

Ryssdal: Yeah, the Mustang. When you go down there and you have a bite to eat, or something. What are people talking about there?

Kyser: They’re a little bit more optimistic. We’re also excited about a few folks mentioning the fact that the president is trying to correct some trade imbalances and how much that will help us, catfish in particular, but all over the country. You know, balancing out trade will help our whole economy, we think.

Ryssdal: Do you export a lot of catfish, is that the deal?

Kyser: We don’t. We import a lot of catfish-like species, and we might like to export some, but we would like to slow down some of the imports that are taking some of the markets that we have built up.

Ryssdal: Right. So what you’re looking for, actually, is you’re looking for the president, as he has promised to do, crackdown on foreign importers. Right? Like the Vietnamese catfish sort-of-thing that we’ve talked about in the past?

Kyser: That’s correct. And not just catfish, all unfair trade balances. And that will just help us all and free up a little more money for everybody to enjoy themselves a little more.

Ryssdal: So last time we talked here, or maybe every time we’ve talked, I’ve asked you about the Catfish Fry in Washington. So when is that going to be, do you know?

Ryssdal: And that’s it. You guys go up to Washington, and you fry it all up for the congressman, right?

Kyser: Yeah, the congressmen and women and their aides and anyone else who’d like to stop by and enjoy some U.S. farm-raised catfish.

Ryssdal: All right. Well, we’re going to talk to you right around then, does that make sense?

Kyser: I hope so. 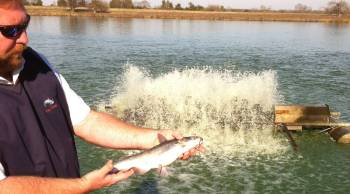