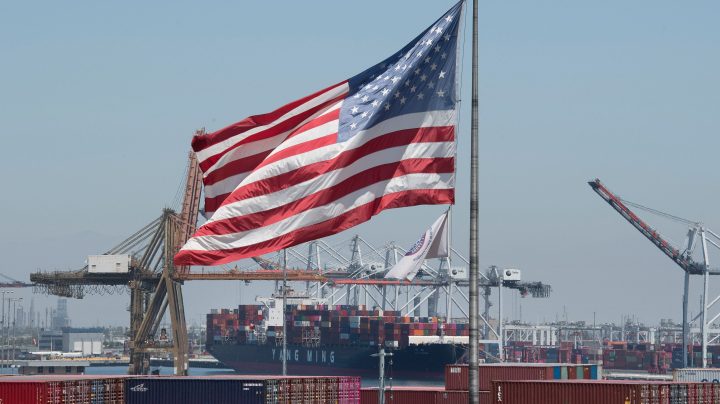 COPY
A container ship unloads cargo from Asia at the Port of Long Beach in California. U.S. business leaders are concerned about the trade war. Mark Ralston/AFP/Getty Images

A container ship unloads cargo from Asia at the Port of Long Beach in California. U.S. business leaders are concerned about the trade war. Mark Ralston/AFP/Getty Images
Listen Now

President Donald Trump often describes the American economy under his leadership as the strongest in U.S. history. But when compared to the numbers from the Obama era, the economy hasn’t changed that much since he took office. And many economic trends appear to be the result of President Barack Obama’s policies.

Heather Long is an economics corespondent for the Washington Post, where she compiled a series of 15 charts comparing economic data of the Obama and Trump presidencies. While taxes and trade policies have certainly changed under the Trump administration, “for all of his talk about how great he is as as economic conductor, he really hasn’t changed much for this economy overall,” Long said. She spoke with “Marketplace” host Kai Ryssdal about what she found.