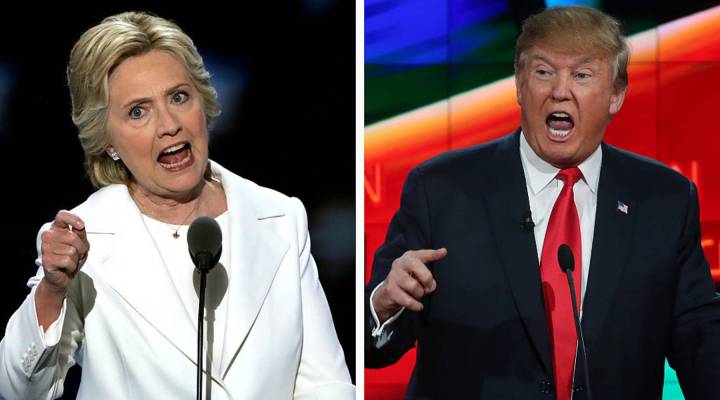 We know from lots of polling that the economy is still a main driver of political decisions. As Hillary Clinton and Donald Trump head to the debate stage on Monday, Americans will be listening for their plans for “achieving prosperity.” So, what kind of economy will one of these candidates inherit?

GDP growth is trending significantly below historical trends. Unemployment and job creation are solid. Consumers are driving the economy with their spending now. And it’s a good time for people with assets—stocks, houses. But the middle class has mostly gained ground because of low prices, cheap gas and lots of jobs — but not well-paying jobs. As we learned from our survey with Edison, the economy’s improving, but Americans’ economic anxiety persists. The bottom line is growth has been remarkably steady, but slow.

Let’s take a look at some key economic indicators from the past eight years to get a  sense of how things have changed since President Barack Obama was elected in 2008:

GDP has been growing at a fairly steady rate since the recession officially ended in 2009. But as we know, people can still be unhappy, underpaid and lacking opportunity, even if GDP grows.

The latest unemployment rate is under 5 percent, according to the U.S. Bureau of Labor Statistics. While there’s been plenty of scuttlebutt around the validity of this figure, there’s been a dramatic drop in the rate during Obama’s time in office.

Medium income is up 5.2 percent over this last year, but that might not necessarily mean things are improving for people at the bottom of the economic scale. Median household income in the U.S. was $56,516 in 2015, compared to $53,718 in 2014. The increase may have been, in part, due to people working more hours as opposed to earning more on a daily basis.

New homes sales have gradually gone up over the past year — up more than 25 percent in June — home builders are not ramping up production to even approach pre-recession levels.