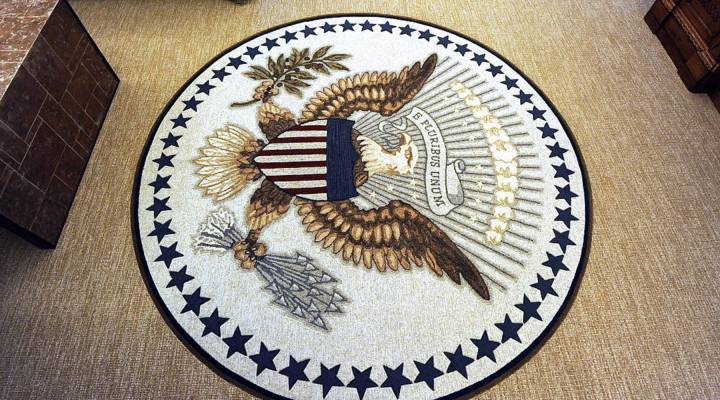 Well, here we are — Donald Trump is our next president.

That means he will have to start worrying about, among many other things, the management of the biggest and still-most important economy in the world.

So with that in mind, a couple of things we all are going to want to be aware of between now and Inauguration Day.

Whoever takes the oath of office on January 20th inherits an economy that’s growing.  I should stop there, but inevitably people will say “Oooh, the last jobs report was lousy, or GDP is stuck,” or…something. About which, yes, sure, that’s all got a grain of truth to it. But this economy has been adding jobs for 73 straight months. GDP growth last quarter was 2.9 percent. That’s good.  Just…good. Would we like the month-by-month specifics to be better? Also yes, sure. But when you’re thinking about the economy overall, you gotta follow the trends.

All of that said, a huge part of the economic unease in this country, and there’s plenty of it, is because the headline gains we’ve seen since the end of the recession – which was, I’ll remind you, in June, 2009 – haven’t been equally distributed. The income and wealth gap in this country is as high as it’s been in decades, and for as long as that holds true, so too will the political split we’ve seen in this election.

Others may disagree, but I believe one of the most lasting and damaging legacies of this election has been and will continue to be the systematic destruction of confidence in key institutions of government. I’ll confine this to the two that directly affect the election – the jobs report and the Federal Reserve – but the idea that government economic statistics and/or the Federal Reserve – are being manipulated for partisan political purposes is simply without basis in fact.

Psssst…don’t tell anybody, but the president can’t do all that much about the economy all alone. Sure, an executive order here or a new federal rule there can nibble away at the margins, but to really get something done in Washington economy-wise whoever’s in the White House needs help from Congress, and, well…have you seen the Congress of the United States the past six or eight years?!?

Getting back to where we started – the idea that the economy is good-ish and growing. That’s all still true, but come January 20th, things are set to be a bit different. First of all, it’s even money, or maybe even better than even money, that the Fed will have raised rates in its December meeting. No, it won’t be more than a quarter point, but if Yellen et al do raise, that means there will have been as many interest rate hikes in almost eight years of the 44th president as in (counting from Election Day to the inaugural) the almost 80 days of 45. Similarly, while I agree with Janet Yellen that no economic expansion has ever died of old age, it’s true that 73 straight months of job gains have to end sometime, and the longer that streak goes, well, the longer it goes. All of which is to say, it’s not gonna be the same economy.