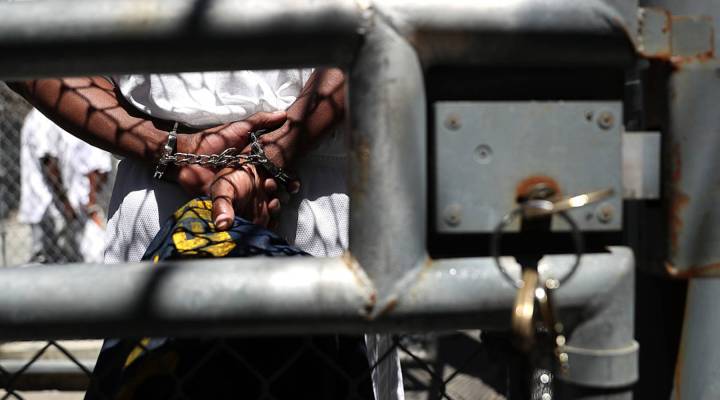 Robert Shipp was 20 years old when he was sent to prison in 1994. He was convicted of a nonviolent federal drug charge: distribution of and conspiracy to distribute crack cocaine. At the time, conviction meant a mandatory minimum life sentence. Shipp’s time was reduced to 30 years in 2015, and he has twice been denied clemency.

The case was expensive from the beginning. Shipp’s family paid for everything; from his  legal fees to the clothes he wore to court. Expenses mounted as his father and stepmother took time off work to go to his trial. After sentencing,  there were other expenses for the family. Gas money for visits, flights, hotels, food. They also paid for haircuts, so that Shipp could look his best for family photos taken during visits … for a fee.

Shipp’s sister, Veda Ajamu, said her family has spent “tens of thousands of dollars” visiting him over the past 23 years. Shipp’s currently being held in Indiana, but has served time in Texas, West Virginia, Indiana and other states. As a federal prisoner, he’s shuttled around the country, and where he goes, his family follows, no matter the distance.

More intense than the financial sacrifice, Ajamu said, is the emotional toll Shipp’s incarceration takes on the whole family. Shipp wasn’t there when his father died in July 2012, and when Ajamu’s mother died this April. He’s missed his daughter growing up and the births of his three grandchildren.

Shipp is expected to be released from prison in November 2019.

To listen to Veda Ajamu’s story of the price her family pays to stay close to her brother, tune in using the audio player above.

To see more of our coverage of the broader costs of prison to taxpayers, check out this story.