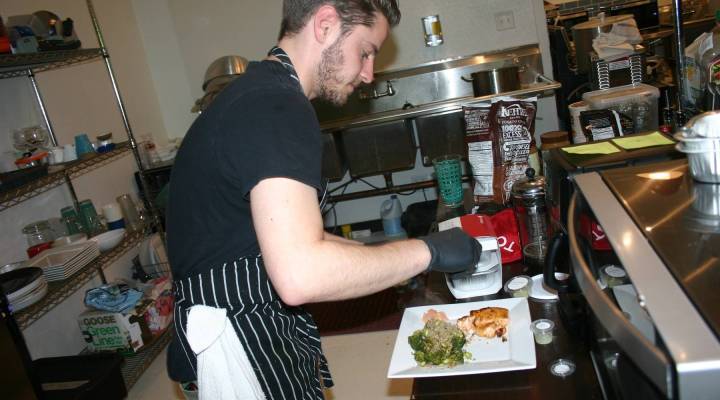 There are a couple of things that set startup Tovala apart in the crowded field of meal-delivery services. One is that the company is not just delivering meals, but also a “smart countertop oven” to cook them. The other is that the company’s founders have chosen Chicago as their home, not Silicon Valley.

In Chicago, Tovala is a big fish in a small pond and has less competition for talent, CEO David Rabie said. According to him, the decision is already paying off. Tovala has not lost a single person they’ve hired, and there is the added benefit of cheaper rents and salaries.

“Just cost of living here is significantly less than in the Bay,” Rabie said. “We knew we’d have to raise less money and just to operate the business and get to the point where we could show profitability would be a lot easier in the Midwest.”

Over the past couple of years, Chicago has slowly gained a reputation as a tech hub. Modis, an information technology staffing agency, surveyed IT leaders in August and identified Chicago as the place to be.

“For three years, Chicago has led the nation in corporate relocations, and this survey shows that talent is following,” Chicago Mayor Rahm Emanuel said in a statement. “Chicago is a global hub for technology and a place where both companies and their employees can thrive. By investing in our fundamental strengths, we are ensuring this progress continues for generations to come.”

“Chicago has the talent, education and training programs, technology infrastructure, capital, incentives and an innovative culture,” said Mike Gervasio, partner at KPMG, which issued the list as part of its 2017 global technology innovation report. “So it’s not too surprising it made this list. The area is well-positioned to be a leading tech hub for years to come.”

After Tovala won the New Venture Challenge at the University of Chicago Booth School of Business in 2015, the company briefly relocated to the West Coast when it went on to participate in Y-Combinator’s Winter 2016 class. Once that was over, the founders decided to go back to Chicago.

While there tends to be less capital available in the Midwest, that has not affected Tovala, according to Rabie. So far, the company has raised more than $2 million in seed funding.

“The truth is we’ve attracted capital primarily from the Midwest and we’ve chosen to do so. We know our investors really well. They are people we’ve gotten to know for a couple of years, and that has worked out great for us,” Rabie said. “We’ve been able to raise early seed capital, larger seed capital and moving forward as we try to raise larger series A and series B rounds, there are funds here that can do that.”

The company launched service to the company’s early backers last week, with 650 people receiving ovens. Tovala’s customers — who range from couples to families to empty nesters — receive three meals in a weekly delivery. The meals are either single or double serving. Among last week’s options were a salmon meal, chicken breast, a stir fry and rigatoni.

When Marketplace Tech visited Tovala’s office in Chicago, Rabie demonstrated how to cook the meals that were designed specifically for Tovala’s oven. First, he scanned the code found on the packaging so that the oven would know which meal he had selected — in this case, salmon with miso glaze. Then he poured sauce over the salmon and placed it in the over. As the oven started, a countdown clock appeared both on the oven and Rabie’s phone, which was synced to the oven and would vibrate when the meal was finished.

Rabie, pours miso glaze over a piece of salmon before cooking it in the specialized steam oven.

When people learn about Tovala, they think it sounds like something out of “The Jetsons” or “Back to the Future,” Rabie said.

It also sounds a bit like Juicero. Juicero recently drew scrutiny when Bloomberg demonstrated that the $400 juicers sold along with the juice-pack subscriptions were not needed to press the juice. Turns out that subscribers could just press the juice pack using their hands.

Jeff Dunn, Juicero’s CEO, defended the company, saying that the juicer helped provide “the best combination of taste and nutrition.” The juicer, he reasoned, was there so that instead of spending the time to squeeze the pack by hand, users could do other things, like get their kids ready for school.

“While we built it from the ground up to work with our meal service, it’s actually a steam oven that you can control from your phone and make your own recipes. Steam ovens are something that has existed in the commercial industry for decades and are super powerful, but have never really been brought to the home.”

Tovala’s aim is not to supplant traditional cooking, according to Rabie. He himself enjoys cooking at home. Instead, the point of the service to take care of a few meals a week as well as make other cooking easier.

“When I came up with this idea over three years ago, it was because I had a real problem, and it was a problem that I found a lot of people have,” Rabie said of not having time to make fresh, home-cooked meals. “I wanted something that was delicious and healthy, and I didn’t want to have to work for it. And so I think that’s No. 1 — that we’re solving a real problem that lots and lots of people have and companies that try to solve and have not been able to.” 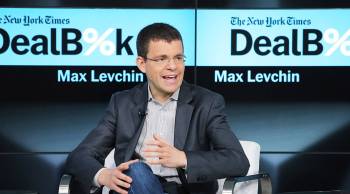