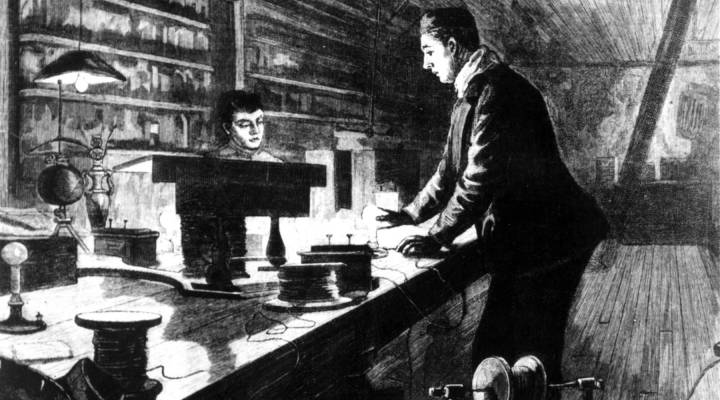 COPY
Thomas Edison works on the electric light bulb in his laboratory.  Rischgitz/Getty Images
The Next Big Tech Hub

One day, Silicon Valley may no longer be the epicenter of the tech industry.

Entrepreneurs across the country — parts of the country that you may not associate with e-commerce and apps and the latest gadgets — are making their mark on the tech world.

You’re seeing local communities in the U.S. capitalize on their individual strengths, according to Steve Case, the co-founder of AOL and the man who runs Rise of the Rest.

Rise of the Rest, which recently had its first summit, is an effort to shine the spotlight on promising local startups. It’s a bus tour hosted by Case, who invests hundreds of thousands in the startups he comes across.

“Great entrepreneurs are all over the country building great companies, but their stories are not generally told because the focus is on the entrepreneurs in places like California or New York,” he said.

So what do these local networks mean for the future of the tech industry? Even though promising startups have popped up throughout the country, half of all venture capital in the U.S. goes to just the San Francisco Bay Area and New York. The general sentiment of feeling left behind has contributed to a lot of Americans’ economic anxiety, which Case says can help explain our current political climate.

“I do think part of the reason Donald Trump is President Trump is because he tapped into a lot of people in a lot of parts of the country that did feel left out and did feel left behind by digitization and globalization,” he said. “They’re frustrated and fearful about the future. And that ties directly in with the Rise of the Rest. We can’t just invest in the entrepreneurs in places like Silicon Valley that create great innovations but also in the process, sometimes, destroy jobs in the middle of the country.”

Since the turn of the century, more than 5 million manufacturing jobs have been lost. While Trump has focused on trade policies and globalization, as the cause of this trend, robots may be at fault.

Half of today’s work activities could be automated by 2055, though this could happen 20 years earlier depending on certain economic conditions, according to a report from McKinsey Global Institute released in January.

That’s why Archna Sahay, director of entrepreneurial investment for the city of Philadelphia, said one effort the city is making is teaching people who may be underemployed how to code. Sahay also noted that the city has organizations like TechGirlz, which offers young girls workshops about the different kinds of tech out there.

“We’re actively looking for ideas to make sure that…nobody gets left behind,” Sahay said.

Case said that technology will always take jobs out of the market, which is why we need to emphasize the importance of entrepreneurship throughout the U.S.

“Of course AI is gonna have an impact,” along with robotics and driverless cars, said Case. “But we need to figure out what other things we can invest in.”

The third wave of tech

Look at New Orleans, which has a new charter school network post-Katrina. As a result, they’re open to new educational-based ideas, leading to the rise of an ed tech startup scene in the region, Case said.

Or, St. Louis and Omaha, Nebraska — regions that have long histories of farming — which are building a future focused on agricultural tech.

“I think that dynamic is going to become even more pronounced in this next decade, what I’ve called ‘the third wave,’ Case said.

Case added that health care, education, food, agriculture, energy and transportation are sectors that’ll be disrupted during this period.

“So it’s gone from people trying to kind of be like Silicon Valley in the second wave, when it was about software, it was about services, it was about apps,” Case added. “And I think now we’re starting to see [with] these Rise of the Rest cities, the community is rallying to support the entrepreneurs that really are going to build on what’s unique about that community and take them into the next next wave.”

One particular region in the U.S. whose cities have shown promise: the Midwest.

You have companies like LifeLoop there, which is based in Omaha, Nebraska. LifeLoop provides an app for senior living communities that connects residents, their families and staff. LifeLoop won a $100,000 investment from Rise of the Rest last year. The app’s features include messaging tools and activity schedules.

Founder Amy Johnson argues that the Midwest has a different paradigm about how it approaches tech products.

“I think Omaha and in the Midwest in general, people are solving problems that they’ve experienced, not perceived, you know, and I think that’s a big difference,” Johnson said. “I’ve spent hours in communities with these people, and really identified that pain.”

Entrepreneurs like Dug Nichols — founder of the Minneapolis startup Kidizen, a marketplace for children’s resale clothing —also argue there are certain traits Midwest workers have that those in Silicon Valley might not.

“The talent in Minneapolis tends to be more loyal — Midwestern loyalty. [They’re] hard working, great intelligent people,” Nichols said. “My experience in the Bay area tends to be, ‘I’ll invest a year and I’ll bounce around.’”

And it helps that it can be cheap to do business here.

“The other thing: it’s cost-effective,” Johnson said. “You know, Omaha is a great place for businesses, families from a cost standpoint. So it’s been very positive.”

Developing a culture of failure

Ruining your startup might earn you a badge of honor — not serve as a sign that you should accept defeat.

And that’s something that many Midwesterners have to come to grips with, according to Eric Weissmann, the head for marketing and communications of a Cincinnati startup accelerator called Cintrifuse.

Cintrifuse, which attended the recent Rise of the Rest summit, aims to build a tech-based economy for Cincinnati, which they’re doing by supporting entrepreneurs that helm high-growth tech startups.

Case said he’s frustrated after hearing stories from entrepreneurs that they’re struggling to find the funding they need, and investors that are struggling to build regional funds.

“I’m trying to figure out: ‘How can we help them faster?’ And, ‘how can we create a broader, supportive community so that they can really take their ideas and really run with them?’” he said.