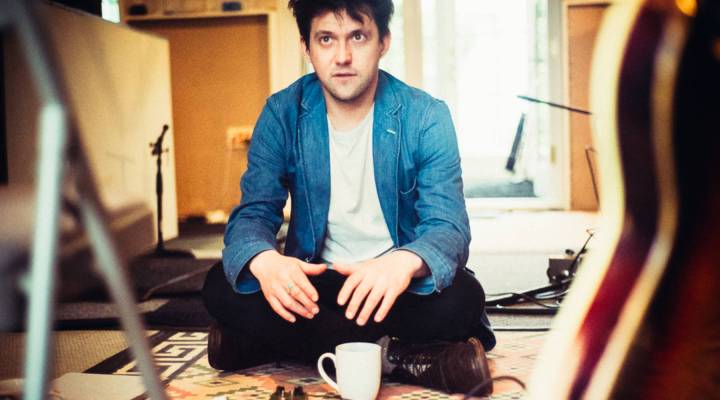 COPY
Conor Oberst has a carousel horse in his living room. GrandstandHQ
The Marketplace Quiz

Conor Oberst has a carousel horse in his living room. GrandstandHQ
Listen Now

No matter who you are, you’ve probably had a rough day at the office that changed your perspective, or maybe you made an impulse purchase you really, really wish you could take back. This week, indie star Conor Oberst took our money-inspired personality questionnaire. Below is an edited transcript of our conversation.

A gym membership. You’d think it’s because I don’t go, but it’s really because, like, I’m so naturally, like, buff that I don’t need it, it’s a waste of money. You know what I mean? It’s, like, clearly I don’t need to be going here.

When did you realize that being a musician could be an actual career?

I’ve been playing music since I was, like, 13 years old, but I was always, always, like, “Oh, you still got to go to college, and you still have to go find a real job.” [But] then I dropped out of college after three semesters when I was 20 and then started really touring full time, and even then I was, like, “OK, this is going to last a certain period time, and then I will have to get a real job.” That was, like, [in] 2000 [when we released] “Fevers and Mirrors,” this Bright Eyes record we made, and after that, it was kind of apparent that people were going to pay me money to play music for a while. So far, so good, so we’ll see.

So do you still have that feeling in the back of your head that this might end anytime?

Absolutely, yeah. I mean, it’s getting weirder and harder, as everyone knows, for musicians to make a living. I’m very lucky.

Well what do you mean by getting weirder?

Well, just that no one pays for music anymore. You know, you can buy a T-shirt or you can go to a show, and that definitely helps, but if you think about it, like the idea of, like, everyone paid $10 for a record and now they pay $10 once and get all the records. So, like, the math is not going to ever add up for the artist. The way I look at it is, it’s like a reflection of the general economy, where the middle class is shrinking so you’ll have huge superstars, and then you’ll have a million baby bands that are like band camp and just releasing their own stuff, which is great. But the actual, like, middle-class musicians that aren’t millionaires but they’re making the best music that needs to be made, [and they] have recording budgets and have a little bit of promotion, like the kind of music I like, those artists who are all, like, vanishing fast. I think that’s what’s upsetting about the situation.

There’s a carousel horse that’s in the living room of my house. It’s from an old amusement park in Omaha, which has long been torn down. They used to be in my grandparents’ house in their basement. When we were kids, we would always sit on it, and it has an 80 pound weight limit, by the way, so if you come to my house, don’t try to get on it. A lot of people [try to get on it] when they’re drunk. But it was in [my grandparents’] house, and then, when they sold their house, my dad took it out of there. When I finally bought my [own] house, my dad surprised me and put it up in my living room when I was out of town. I think that’s probably my favorite material possession I have.

I was a janitor when I was 15, and during the summer, I was a janitor at Creighton University in Omaha. We [would mop] the floors and all that stuff, but there was, like, really no one there in the summer, so mostly me and my couple friends that work there, [we] would hide our mop buckets and then, like, eat acid and go to the student center and play video games. Yeah, it was a good way to make money.

Why’d you give that up?

That’s actually a really good question. I should still be doing that.

We kind of grew up in a weird little enclave subculture of, like, you know, everything was like militant, punk rock, indie rock, DIY culture. So, like, as all our bands and our labels and all our friends got into the music industry, we said no to so much stuff. When I think back on [that] I’m, like, man, why did I say no to that? I probably could be, like, more rich and famous if I hadn’t said no to a bunch of things that were, like, easy to do. You know, at that time it felt like we were like sticking it to the man. But really, it’s like everyone’s the man, we’re living inside the man.

You know, I’m not saying you should do anything that makes money if it’s upsetting to your soul. [But it’s like] putting your song on a car commercial. Back in the day, that was like so uncool, and now when I hear my friends’ songs in the car commercial, I’m happy for them. That means M. Ward’s kids are getting nice Christmas presents this year, and someone’s buying a house somewhere. You know, Jim James has a new lawnmower now. So stuff like that I feel, like, were things that were maybe foolish back in my early career.