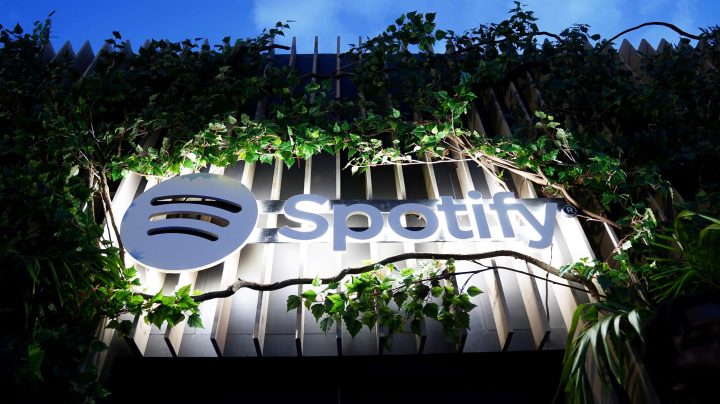 COPY
The Union of Musicians and Allied Workers wants Spotify to increase the per-stream royalty for musicians and make its revenue data transparent.  Sergi Alexander/Getty Images for Spotify

The Union of Musicians and Allied Workers wants Spotify to increase the per-stream royalty for musicians and make its revenue data transparent.  Sergi Alexander/Getty Images for Spotify
Listen Now

We’ve seen an explosion in union activity over the last year. According to a recent Gallup poll, more than 70% of Americans approve of labor unions, which is the highest level in almost 60 years. Over the last year, we’ve seen workers at companies like Starbucks, Chipotle and Amazon start their own unions to fight for better pay and working conditions.

The latest group to join this new labor movement? Musicians.

Streaming platforms like Spotify account for 83% of all income from recorded music and produced $16.9 billion in revenue in 2021. But musicians, producers and other industry workers make fractions of a cent per stream. This has pushed musicians to organize, creating the Union of Musicians and Allied Workers. They are challenging Spotify to raise the per-stream royalty for musicians and make its revenue data transparent.

“Our work and our labor is what drives this industry, and we seem to be benefiting the least,” said Joel Jerome, an indie musician and organizer for UMAW. He spoke to “Marketplace” host Kai Ryssdal about the union’s efforts to get fair pay for music workers.

Kai Ryssdal: Just because it’s been a while since we’ve talked indie music and the pandemic on this program, what is life like now for those in your line of work as mostly normalcy returns?

Joel Jerome: Well, we’re still treading water and still trying to figure out how to make ends meet for most working musicians right now. The shutdown really affected musicians’ form of income, which was touring and playing shows. So you know, we’ve had to adjust, and things are slowly coming back to life. But, you know, still not happy that there’s still issues with safety and health and all that stuff. But we have to do what we have to do to make money, so.

Ryssdal: So let’s talk streaming. Now, streaming has never been, shall we say, a consequential source of revenue for musicians. It’s literally tenths or hundredths or thousandths of pennies per stream. What kinds of conversations are you having with the big streamers who are making boatloads of money?

Jerome: Well, unfortunately, it’s not much conversation. They’re not really listening to us. We represent smaller artists, mostly independent artists. So our voice isn’t as loud as, let’s say, someone bigger like a Taylor Swift or a Paul McCartney. There is noise on the UK side about streaming. And thankfully, they have a lot of larger artists who are contributing their voice to that, which is bringing attention to their legislative process. But over here, it’s a little tougher for us. So we’ve tried to reach out and have conversations, but unfortunately, that’s not really possible. So we’ve looked into other ways to make things happen. And legislatively, we’ve figured out the best way to go about it. So that’s what we’ve been working on.

Ryssdal: Have you called, like, Beyonce and Taylor and said, “We need you to help us out”?

Jerome: You know, we have plans for that reachout. We have other artists who are like, a little bit, not quite on that level. But we definitely see this as an issue for all artists who make money through streaming. Because they’re honestly not being paid enough. And so eventually, hopefully, when we get our numbers in order, and everything else in order — as this is a new union, we’re still getting our bearings and learning how to do all this — you know, we’ll definitely reach out and try to get the larger artists on board as well.

Ryssdal: Tell me, if you don’t mind sharing, how much you made from streaming in the last, like, six months. You as in you, not you as in indie artists.

Jerome: Right, me personally. Wow. Well, if I look at my receipts, maybe I think I got $100 in streaming royalties for a three-month period. I mean, really nothing. It’s so minuscule, it’s, it’s ridiculous.

Ryssdal: I wonder why you think this is your moment. Because as I said a minute ago, you know, streaming has been not very remunerative for indie artists for a very long time. Why are you optimistic now?

Jerome: Well, not so much optimistic. But something has to change, and we have to address these issues and these inequalities. I mean, our work and our labor is what drives this industry and we seem to be benefiting the least. The pandemic really shone a light on it because all our other forms of revenue kind of got cut away, and streaming is now the dominant way people get music. It’s basically also killed other revenue streams for us, whether it’s downloads or physical sales or whatnot. And so this is our only main fight right now because it’s the biggest way we should be making more money. As the music economy is growing and growing, artists’ incomes aren’t growing at all. So we need to change that.