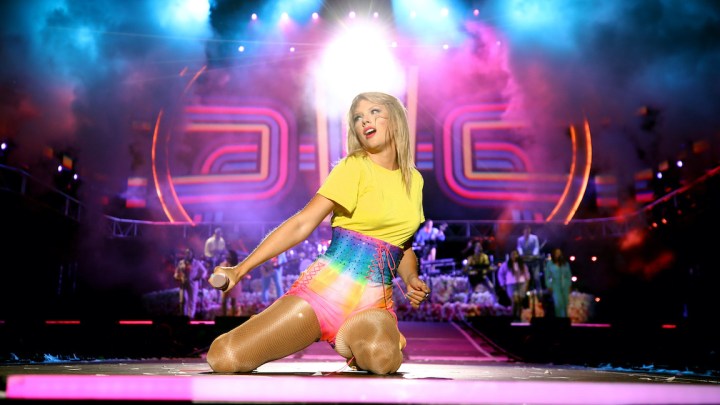 COPY
Taylor Swift is one notable example of an artist at odds with a major record label over the rights to their own music. Rich Fury/Getty Images for iHeartMedia

Taylor Swift is one notable example of an artist at odds with a major record label over the rights to their own music. Rich Fury/Getty Images for iHeartMedia
Listen Now

The fight for musicians to own their music, called masters in music industry speak, has been growing. Most notably Taylor Swift has been fighting that battle with her former record company for years.

Now, Apple is partnering with a company that gives independent artists that flexibility. Apple is leading a $50 million fundraising round for UnitedMasters, a platform that helps artists distribute music while allowing them to keep their copyrights.

It is unclear if this type of alternative model will further disrupt the major record label system, but some indie artists think it could be good for them, like musician Justin Trawick.

He has this fantasy. He calls it the “Grey’s Anatomy” moment: “The nurse is in tears because the doctor that she’s been in love with who’s married doesn’t love her back. And suddenly you hear my song playing as she’s walking out of the hospital,” said Trawick, whose band is called Justin Trawick and the Common Good.

Trawick said the UnitedMasters and Apple deal is appealing because he’d own his music and the new funds might help the company to gain enough muscle to broker deals with networks and brands.

But Marcus Thomas, who chairs the music management program at the University of Hartford, doesn’t think UnitedMasters can compete with record labels that pour millions into talent.

“You have these mega stars because of that investment,” Thomas said. “Without that you have more of a middle class.”

Thomas is not saying that’s bad. But he does think the combination of independence and power that Apple and UnitedMasters are pitching is a bit of a PR stunt.

“This isn’t suddenly every indie artist is going to have a Nike deal and they’re going to be like Kanye. There aren’t that many deals to go around.”

Clyde Kelly, who is an independent hip-hop singer-songwriter, as well as a tech and media consultant, uses a similar platform to funnel his tracks to the big streaming services.

“It’s designed mostly as a self-serve platform,” he said. “They’re not a label. I don’t think it can fully replace what a record label can do. But these platforms are great for distribution.”

Kelly added that for this to make a difference, “one of the biggest things that I look at is do they have a team that actually does things that a label would be doing typically?”

Those things include legal work, radio promotions and press tours, among other services. Kelly said unless he sees UnitedMasters take up some of this work, he’ll continue going it alone.