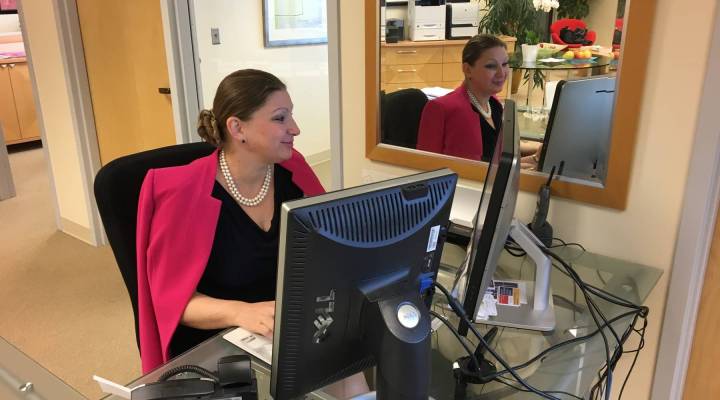 Mira Mdivani, a Kansas City immigration attorney, has been flooded with calls since President Donald Trump was elected. The one that sticks in her mind came a couple of days before a February shooting in  Olathe, Kansas, that targeted two men from India. The caller, an Indian national who works as an engineer, said he was scared for his family and wanted to move back to India.

“This is someone … who has a lot of talent, has brought his talent to the United States,” Mdivani said. “His wife is a professional as well, and they don’t see a future here…. And then two days later, there was a shooting that put it into a completely horrible context,” she said.

The shooting ended with Srinivas Kuchibhotla, 32, dead, and his friend, Alok Madasani, 31, wounded in an incident now being investigated by the FBI as a hate crime. The two were at a bar to enjoy after-work whiskeys when they were targeted because the shooter thought they were from the Middle East. In fact, both are from India and both worked at Garmin, the GPS company based in Lenexa.

Trump denounced the shootings as he began his recent speech to Congress in late February: “We are a country that stands united in condemning hate and evil in all its forms.”

But even before the shootings, Mdivani was getting calls. Businesses and their employees are worried about visa applications and a deportation crackdown.

News of the shootings continues to stress businesses that have hired and are recruiting the highly educated and highly trained international workers they need for information technology and engineering jobs. Trump’s latest travel ban on immigration from predominately Muslim countries and a draft order targeting a work visa program have added to those concerns.

“Although it is difficult to predict the extent of the impact, companies that rely on international tech talent as part of their business model will likely face some challenges in getting talent for U.S. projects,” said Barry Asin, president of Staffing Industry Analysts.

The U.S. already has a reputation for violence, making it difficult to recruit talented students, according to one local college official.

“Sometimes they actually still think we’re the wild, Wild West,” said Kevin Truman, dean of the School of Computing and Engineering at the University of Missouri-Kansas City.

Truman regularly recruits students  in India, and it’s paid off. About 26 percent of the computing and engineering school’s 1,672 students are Indian. Among UMKC’s graduates was Madasani, the wounded Garmin worker. But Truman said the school’s enrollment is down about 50 foreign students this semester.

“Clearly the political climate in the United States right now has cost us some international students,” Truman said. “I think if you look at even the national trends, there are more students going to Canada and the U.S. and Australia.”

Praful Saklani, founder and CEO of Pramata, a company that digitizes and connects customer data for big businesses, has an interesting perspective on working in Kansas City. When he opened the local office here last year, then-Missouri Gov. Jay Nixon and Mayor Sly James attended the press conference. Pramata’s press release was headlined: “Our fantastic welcome to Kansas City.”

Saklani, an Indian immigrant who grew up in Minnesota, said he’s been concerned since the Olathe shootings, though he doesn’t see a pattern of problems.

“Whenever a shooting occurs in our country, and the people involved are similar to you in some way, it’s very rattling,” he said.

Part of his job as the company’s chief executive is to be concerned about the political climate and how that might affect his workers traveling all over the world, Saklani said. His employees are well-documented, going so far as to carry invitation letters and lists of telephone numbers, and so far there have been no problems.

Saklani’s been working in Kansas City since 2007.

“Literally 100 percent of my personal interactions in Kansas City, with a wide range of people, having eaten at dozens of restaurants, talked to hundreds of individuals and business leaders, it’s been 100 percent positive,” he said. “And look at all that data — over 10 years!”

That’s important, Mdivani, said. She was recently visited by a Missouri legislator who wanted to know how to attract and keep highly trained IT and engineering workers in the area. Her answer was simple:

“It starts with the culture and the signals we’re sending to businesses and their international personnel,” she said. 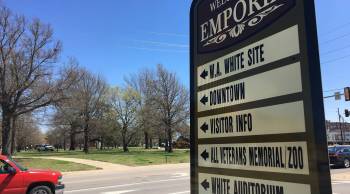