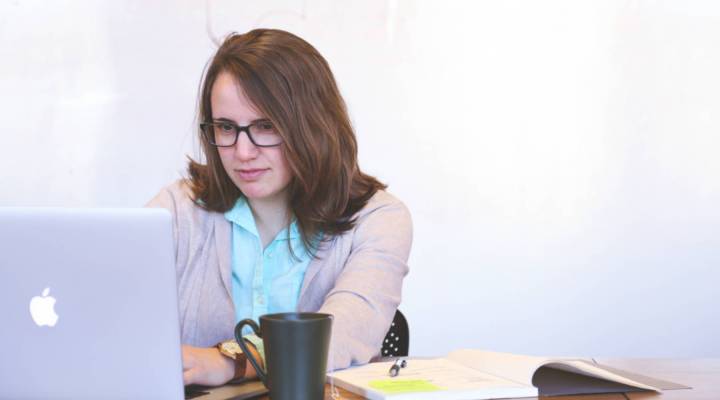 Just feet away from the hustle and bustle of Times Square, David Mendlewicz took the stage in front of about 80 young professionals. Looking over the audience, he asked: “How many of you are managers?”

The majority of people in the room raised their hands.

“How many of you ever received manager training?” Mendlewicz continued. Just three hands remained in the air. Awkward laughter filled the room.

Mendlewicz himself became a manager around the time he was 24. He, too, did not receive management training.

“Looking back, actually I realize that I was a very bad manager and I really needed help,” he told the audience. “Most companies will wait more than a decade to train you guys on how to become better leaders, and that’s a problem. That’s why we are here today.”

As part of New York Social Media Week, Mendlewicz hosted a millennial manager boot camp on Wednesday. The need for management training among younger entrepreneurs was highlighted earlier this week after Uber CEO Travis Kalanick was shown on tape arguing with an Uber driver over the company’s pricing strategy. Afterward, Kalanick, who is 40 (not quite a millennial), issued an apology, admitting that he needs “leadership help” and intends to get it.

Most companies train their managers when they are about 42, according to a 2012 Harvard Business Review article. The average age of managers at those companies, however, is 33. What’s more, as millennials — those born between the 1980s and 2000 — join the workforce, many of them are becoming managers as early as 24 or 25, having little experience of being managed, much less managing others, Mendlewicz said.

Here is what they had to say:

A good manager is …

“Someone who believes in you not just because of your skills, but for your natural propensity to do something,” Wong said. “Someone who wants to help you unearth that and isn’t concerned about their position or any politics, but rather just about passing on as much knowledge as possible. The beauty of a manager-employee relationship is that you have someone who is there to fight for you.”

Not everyone wants to be a manager

“Ask yourself if you actually do want to be a manager in the first place,” Wong said. “That’s a critical question because it sounds sexy but sometimes management isn’t for everyone.”

Who might not be suited for management? Doers — those who prefer to work on products instead of attending meetings and resolving issues.

“People who love putting their head in the thing and love creating things,” he said. “If you are that type of a person, being a manager is the worst place for you to be in. In fact, it will suffocate you. You will hate it. You are going to feel like: ‘Oh, I got promoted but I am being punished because I don’t actually get to do anything.’”

Her advice to millennial managers: listen, be collaborative and celebrate your subordinates’ successes. In addition to spending time with her employees at mealtimes, Pham spends her free time walking around the office, learning about what her employees are working on and how she can be helpful or supportive.

“If something is going wrong, don’t wait until annual review to share it,” Pham advised. “Just say it. Communicate at all times so that ultimately you are fixing things as they come up,”

“You can say all you want what your management style is,” Wong said. “If you don’t do it, no one will care. Your legitimacy will decline.”

One of the main issues that millennial managers run up against is managing others who are older than them.

“Sometimes there is a feeling: ‘Oh well, what do you know, you are a kid,’” said one member of the audience when asking for advice on how to navigate such a situation.

Wong suggested that age be completely removed from the conversation.

“I don’t know how old my team is. Legally speaking, I’d rather not, because you don’t want to have any unconscious bias. Bottom line is, when you are working with someone older than you, respect their experience. Too often as millennials we get a bad rap that we think we know everything, that we are cool. They’ve obviously done this before you,” he pointed out. “I always tell them: I am learning from you. I hired you because you are smarter than me by leaps and bounds and I want to learn from you.”

Pham suggested that managers who keep running into this issue might want to request companywide training in unconscious bias.

What about managing those who at some point were your peers and are now your subordinates?

“Meet with each of those individuals that you used to be peers with that you are now managing. Listen to them. Hear what they want to work on professionally, personally. See if you can incorporate that into their goals,” Pham said. “Set that expectation early on that you really want to further develop them and accelerate them in their own career.”