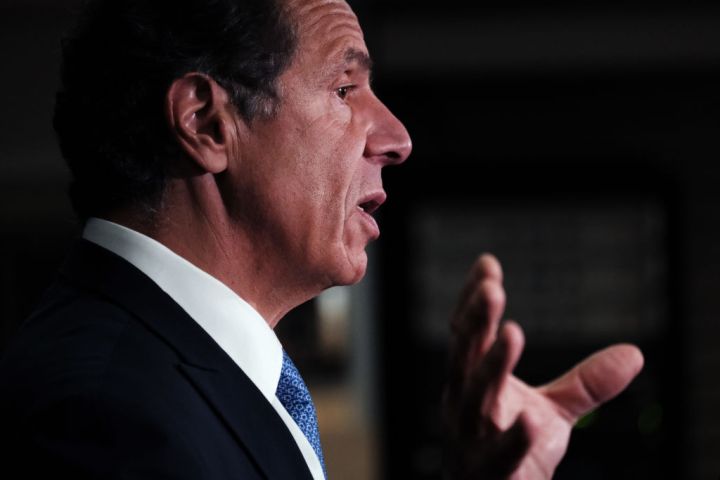 In the wake of a report by the New York attorney general that the state’s governor, Andrew Cuomo, sexually harassed 11 women in violation of the law, calls for his impeachment have intensified.

Cuomo, in a prepared video, sees the incidents of unwanted, sexualized touching as misunderstandings. Also, the governor’s office said it’s brought in an expert to redesign sexual harassment training for the staff and the governor.

Whether or not Cuomo is soon addressed as ex-governor is something many are monitoring this morning. But among policy issues raised here for organizations large and small … what do we know about redesigning reporting systems and training so people are treated right?

In 2016, the Federal Equal Employment Opportunity Commission studied what kind of training is especially useful. Marcia McCormick, an employment law professor at St. Louis University, spoke to Marketplace Morning Report’s David Brancaccio on Wednesday. Below is an edited transcript of their conversation.

David Brancaccio: One of the interesting findings [in the EEOC study] is being sure that not just victims and perpetrators know what the rules are, but that colleagues who might become aware of things going on, are empowered to take action.

Marcia McCormick: So, there’s a large body of scholarship that suggests that simply providing an opportunity for people who experience harassment themselves to report isn’t very effective. There are a number of reasons people don’t report, there are bad things that happen to people who report – and so the EEOC has suggested that harassment training needs to be championed by senior leaders, repeated and reinforced, provided to employees at every level and location of the organization, and tailored to the specific workplace. And that bystander training in particular is very effective, to allow co workers to intervene in ways that are not risky to them, but that stops the conduct that could get worse or that might be harassing.

Brancaccio: So bystander training – not just supervisors who in many companies are required to take action if they hear reports of some kind of misconduct – but someone who might not be a manager?

McCormick: That’s right. And bystander training is especially effective, because it is a way to interrupt what’s happening. One of the things that happens is that when people complain about discrimination against themselves – and this isn’t the technical, psychological term – but essentially, they’re perceived to be whiners. Their complaints are sometimes not taken seriously or often not taken seriously. And so when a person advocates on behalf of another, that doesn’t happen. And so not only is the conduct interrupted, while it’s ongoing, if there is someone present who can act as a bystander, but also reporting by a bystander doesn’t trigger the same kind of psychological backlash and potential for retaliation, usually, that the person who experiences the harassment reporting it might.

Brancaccio: So one hopes that training can have an appropriate effect. But in any organization, whether or not the boss lives the policy has got to also be a factor in defining workplace culture.

McCormick: Well, that’s exactly right. And that was one of the key findings of the EEOCs Task Force is that you know, an anti-harassment policy or harassment prevention, which is really their focus, has to be championed by senior leaders.