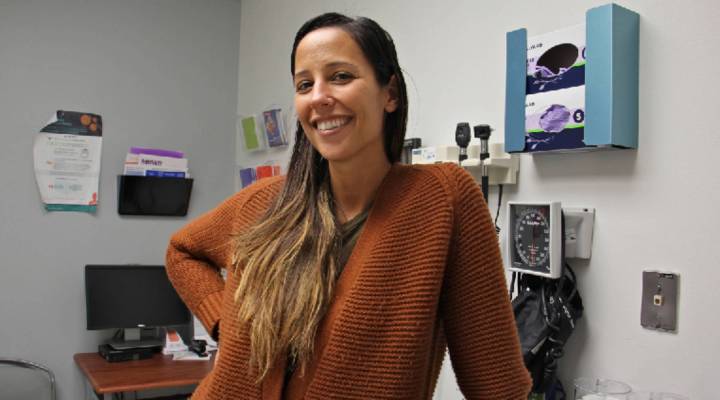 COPY
Alex Capano, a nurse practitioner in Philadelphia, was asked about her salary history recently. A new law in the city aims to prohibit employers from asking salary questions in the future. Emma Lee/WHYY

Alex Capano, a nurse practitioner in Philadelphia, was asked about her salary history recently. A new law in the city aims to prohibit employers from asking salary questions in the future. Emma Lee/WHYY
Listen Now

Alex Capano is a nurse practitioner in Philadelphia. Not too long ago, she was filling out a job application and was asked about her current salary. She answered reluctantly.

“Do they check up on this?” she wondered. “How honest do I have to be? Am I setting myself up for a low-ball offer?”

She got that job offer, but the salary seemed low, so she turned it down.

The question Capano was asked is just the kind of employer query that a new law in Philadelphia, scheduled to go into effect in May, is designed to stop. It bars companies from asking potential hires about their past salaries in an effort to close the pay gap between what men and women make for the same work. In Pennsylvania, according to federal statistics, women make on average about 79 cents for every dollar a man earns.

“If a woman, or a minority, or really anyone, goes into a job early in their career with a low income, that low income is going to follow them place to place if they have to continue to disclose what they earned,” said Marianne Bellesorte, vice president for advocacy with the anti-poverty group PathWays.

There is a bill pending in the Pennsylvania Legislature aimed at killing the salary-history law, so surviving that challenge might be its first hurdle. But if the law takes effect, companies would face a $2,000 fine per violation for asking a salary history question.

Rob Wonderling, president and CEO of the Chamber of Commerce for Greater Philadelphia, said there’s no guarantee that forbidding companies from asking salary history questions is going to work. He also is worried companies will decide to open shop elsewhere.

“We heard quite a bit about what I’ll describe as the ‘hassle factor,’” Wonderling said.

Peter Cappelli, director of the Wharton School’s Center for Human Resources, doesn’t buy the argument that the new law will be burden on employers. But he’s skeptical it will prompt businesses to raise salary offers. In fact, he said there might even be some unintended consequences.

“This is one of the problems when you deny information that they want, is that they guess. And in this case, the guesses might make things worse,” Cappelli said.

Sure, said Capano the nurse. But if the guess is too low, would-be hires, especially women, can always reject it. “Women aren’t told to or taught to negotiate as well as their male counterparts and are often feeling like they have to accept the first offer that comes their way,” she said.