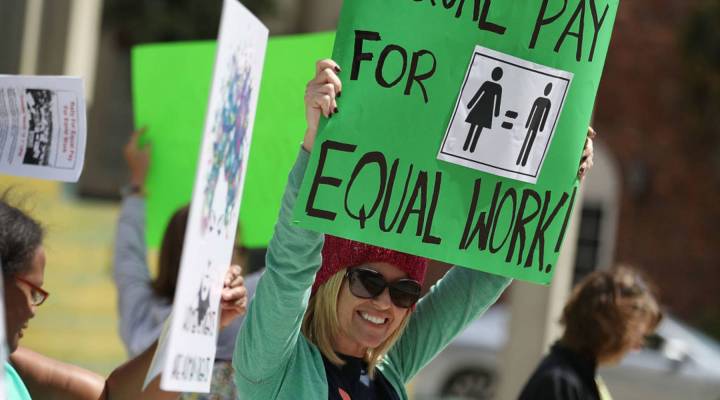 COPY
A woman joins with other protesters to ask that woman be given the chance to have equal pay as their male co-workers on March 2017 in Fort Lauderdale, Florida.  Joe Raedle/Getty Images

A woman joins with other protesters to ask that woman be given the chance to have equal pay as their male co-workers on March 2017 in Fort Lauderdale, Florida.  Joe Raedle/Getty Images
Listen Now

Multiple cities and states have passed laws recently banning employers from asking a job candidate for their salary history during the employment screening and interviewing process. The goal, advocates said, is to redress the persistent gender pay gap in America. Women still earn on average about 80 cents to a man’s dollar nationwide, according to the National Women’s Law Center, and the gap has not narrowed appreciably in the past decade.

Massachusetts adopted a salary history ban last year. In 2017, California, Oregon, Delaware, and Puerto Rico followed suit, along with New York, San Francisco, Pittsburgh and New Orleans. (Philadelphia’s ban has been put on hold pending a legal challenge.) Legislatures in New Jersey and Illinois also passed laws, which were vetoed by their governors.

Laura Kray, a professor of leadership at UC Berkeley’s Haas School of Business who studies the role of gender in negotiations, praised the new laws as “a way of ensuring that disadvantages at one point in time don’t have ongoing consequences into future jobs” for women. She said since the laws are new, “actual evidence of what effect they’re having may be minimal at this point.” But she predicted they’ll help raise women’s pay relative to similarly qualified men, by pushing employers “to decide what the job is worth and find the right candidate, as opposed to putting the burden on a potential job candidate to reveal their previous salary and potentially undercut their pay in a new job.”

California is the largest state so far to enact a salary history ban — Governor Jerry Brown signed the bill in mid-October. Some groups representing employers — including the California Chamber of Commerce — were opposed to the new law, predicting it would increase the risk of litigation and complicate hiring in a tight labor market.

Kristina Launey, a partner in employment law at Seyfarth Shaw, said the new law “could cause difficulties for employers’ ability to attract talent, negotiate wages, and ensure that the employer and applicant have compensation expectations more or less on the same page from early on.”

Launey also argued that revealing salary history to a potential employer can benefit the job candidate in negotiations. “Being able to discuss what they’re making, and what they want to make, is an important factor in the candidate making a decision,” she said.

Jennifer Barrera, a senior policy advocate at the California Chamber of Commerce, said that requiring job candidates to disclose salary history could be a legitimate tool for employers to use to determine how much to offer a candidate, and also for gathering information about competitive wages in the labor market.

Emily Martin, general counsel at the National Women’s Law Center, countered that employers should use labor market data, the candidate’s job experience, skills, education, and performance in the interview process to set salary. Employers should set clear salary ranges and share that information with applicants, she explained. Using past salary as a guide in negotiations, she said, “is another place where unjustified inequities creep in. Women tend to ask for less in negotiations than men, and employers don’t react as well when women negotiate.”

Oregon’s new salary history ban took effect in October 2017. From its office in downtown Portland, Mammoth HR provides human resources advice to employers across the country. The firm has been fielding questions about how to comply with these new laws, said director Kerry Lear.

Lear pointed out that companies based in a city or state without a salary history ban may be dealing with job candidates who are. Her advice: “Just take the salary questions off for everyone. We expect other states to be joining along. Employers might as well just get ahead of it.”

Lear said the new laws could create compliance problems for employers. For instance, salary history bans typically allow a candidate to volunteer their salary history unsolicited. But under Oregon’s law, she said, the employer “shouldn’t be using it to make any determinations about the salary that’s going to be paid.” She said an employer could be vulnerable to a charge of discrimination, if, for example, “an applicant has volunteered that they were not making much at their previous job, and it’s pretty easy to see that you based their salary on that, because their salary is much lower than other people in the same position.”

Lear said that salary history questions are still pervasive on job applications for employers in Oregon and the other affected cities and states. According to the National Women’s Law Center, in 2017 nearly half of states considered legislation to ban asking about salary history in hiring. 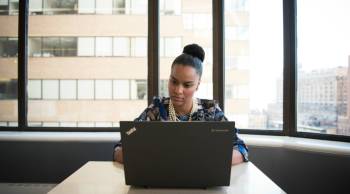 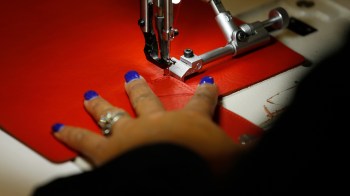