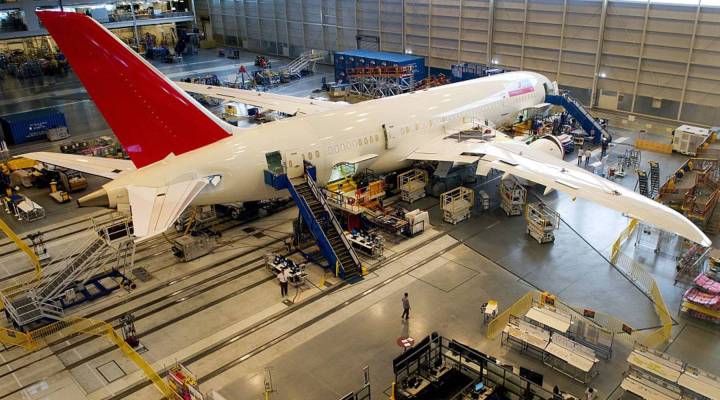 COPY
A new Boeing 787 Dreamliner being built for Air India is seen on the production line at a Boeing facility in North Charleston, South Carolina. PAUL J. RICHARDS/AFP/Getty Images

A new Boeing 787 Dreamliner being built for Air India is seen on the production line at a Boeing facility in North Charleston, South Carolina. PAUL J. RICHARDS/AFP/Getty Images
Listen Now

South Carolina has a nonunion reputation, but the International Association of Machinists and Aerospace Workers thought they had a shot at unionizing the Boeing aircraft plant in North Charleston.

“It would have been a grand victory for the Machinist union and for labor,” said Hoyt Wheeler, a professor at the University of South Carolina and an expert on labor relations.

Workers cast more than 2,800 votes Wednesday, with 74 percent of voters deciding against unionization. The union’s lead organizer, Mike Evans, said he’s disappointed workers won’t have the chance to see “all the benefits that come with union representation.”

South Carolina is the least unionized state in the country. The state’s union membership rate is 1.6 percent compared to New York’s 23.6 percent — the highest in the U.S., according to recently released data from the Bureau of Labor Statistics.

“It continues our problems with having a union — it’s very difficult to organize in South Carolina and that remains so,” Wheeler said. “There is a long-established view of unions in South Carolina. It originally industrialized, offering cheap, nonunion, docile labor. And that still remains the case, I think.”

Being anti-union is seen as a competitive advantage in South Carolina for people in the industry and for the state’s Republican politicians, Wheeler said.

“Some of us don’t see that as a strength, but we are very much in a minority,” he said.

“We are generally a low-wage state in our political system,” Wheeler said. “The lack of unions means that an alternative voice to the very conservative politicians is not heard very often.”

Correction: An earlier version of this story misstated the university where Hoyt Wheeler works.