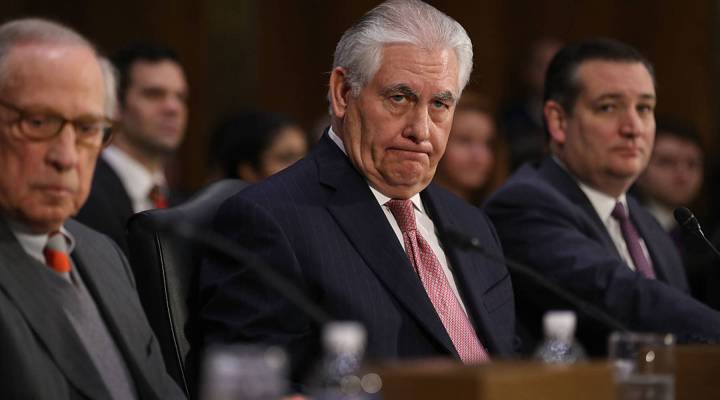 There’s strong data showing the advantages of diversity in organizations. That said, there are a lot of white men in President Donald Trump’s emerging cabinet — notwithstanding yesterday’s confirmation of Betsy DeVos as education secretary.

Anne Joseph O’Connell, a law professor at the University of California, Berkeley, has studied the demographic diversity of Trump’s picks, along with those from previous administrations.

She joined us to break down the typical composition of a cabinet and what she found surprising about Trump’s nominees. Below is an edited transcript.

David Brancaccio: Now you emphasized the demographic diversity. There are certainly other filters that one could use, including, for instance, class. But there would be others as well.

O’Connell: I mean, for me, the most shocking thing about President Trump’s initial cabinet is not the demographic diversity — I expected a very white male cabinet. But it’s the lack of government experience of his nominees. So even President Reagan’s cabinet — which was just as heavily drawn from business, just as white, just as male — had considerably more government experience in the executive branch.

Brancaccio: Well, that fits into the anti-establishment theme that the White House is promoting.

O’Connell: Though it may also hurt in terms of them trying to advance their policy objectives. So that’s where some of these empty positions are really gonna matter, because you’re gonna need deputy secretaries who understand how the government functions.

Brancaccio: All right, so that’s a work in progress. Talk to me about another data set. You’ve looked at the length of time that it takes people of color or women to get through the confirmation process. It varies.

O’Connell: It depends on the president as to whether women and persons of color take longer to confirm than white nominees. And in President Obama’s administration, in this subset of important positions, there was quite a discrepancy.

Brancaccio: Can we draw any conclusions from those findings?

O’Connell: I think one thing you can say is that Democrats and Republican presidents face different pressures with regard to the diversity of the appointees. I mean, Democrats face much more pressure to find women and persons of color and put them in these very important positions.