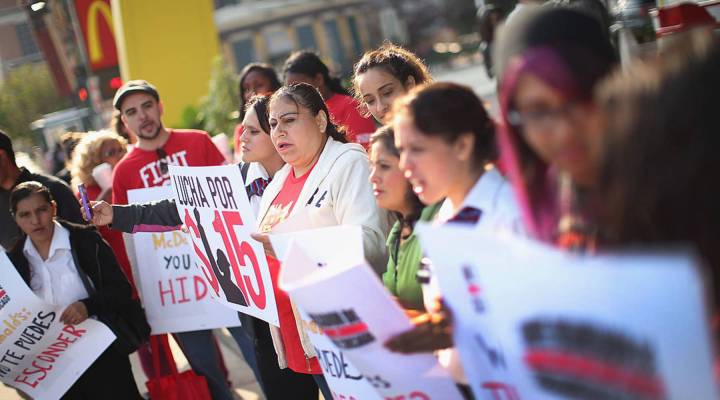 The Senate on Monday confirmed the second of President Trump’s nominees to the National Labor Relations Board, William Emanuel, giving Republicans control for the first time in almost a decade.

The NLRB is the agency that settles disputes between companies and workers, especially those involving unionizing efforts.

“The NLRB does interpret the law as regards to the way unions deal with their employers,” said Teresa Ghilarducci, an economics professor at the New School for Social Research, “and I expect that some of the key decisions in the Obama administration will be reversed.”

Those decisions could include rulings on franchise workers and the timing for unionizing efforts. And, with three of the five board members Republican appointees, “I think it’s just going to be far more definitely pro-management than it has in the past,” said economist Cheryl Maranto of Marquette University. She said the Republican tilt of the board will affect other labor decisions as well, like liability issues and worker classifications that will affect businesses and workers for years to come.

To overturn Obama rulings, cases would have to move quickly, since the Republican chairman of the group plans to retire at the end of his term in December.

Any replacement would also have to be confirmed by the Senate, so there’s likely to be another period of a 50-50 split on the NLRB.