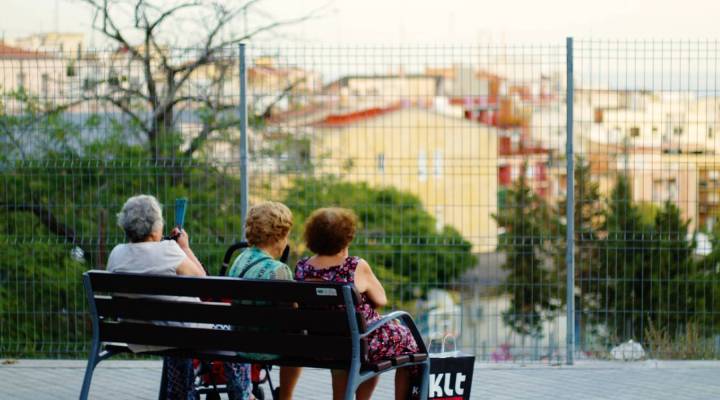 COPY
Two recessions and almost a decade of sluggish economic growth have offered a reality check on how much Americans should be saving for retirement. Pixabay

Two recessions and almost a decade of sluggish economic growth have offered a reality check on how much Americans should be saving for retirement. Pixabay
Listen Now

You might think you’re saving enough for retirement, but chances are, you aren’t.

“We have a lot of individuals who have nothing saved for retirement, about 40 percent of the workforce,” said Diane Oakley, executive director of the National Institute on Retirement Security. When her organization used census data to assess whether households were saving enough to retire with eight times their projected income, a very conservative estimate of retirement preparedness, “we found that 60 percent of households weren’t on track.”

David John, senior policy adviser at the AARP public policy institute, said Americans in their 50s and below are where the looming crisis lies.

“We think it’s gonna start in about 10 years from now and steadily get worse from that point forward,” John said.

According to both Fidelity and research done by Aon Hewitt and the University of Georgia, in order to maintain our standard of living post-retirement, we need to have saved at least 11 times our income by age 65. That means saving 15 percent to 17 percent of income across your working life.

AARP has a guide for retirement savings calculator here.

Fidelity has a guide where you can check your retirement savings progress here, and Aon Hewitt has more  here.

The reasons for the retirement crisis are universal; many developing countries are facing the same problem.

“Steadily growing life expectancies” is one reason, said John. “So someone who retired, say, in the 1950s probably didn’t expect to get much out of the late 60s or early 70s, but odds are now about 50-50 that someone retiring today can live into their 90s.”

Another  reason we’re not saving enough? We were really wrong for decades about how much “enough” is. In the booming market years of the ’80s and ’90s, people typically saved some 3 percent of  income each year and counted on employer savings plans and Social Security for the rest. Two recessions and almost a decade of sluggish economic growth have offered a reality check. We need to save more.

“We’ve been in a low investment-return environment that’s true for both stocks and bonds, and that means you have to save a lot more in order to accumulate the same amount you might have accumulated in a higher-return situation,” John said.

Standards and tastes have changed too, from the days when retirees would typically live with their children.

“My mother didn’t want to do that. Nor do I. Nor do my brothers and sisters. So we’ve changed the sort of standard,” said Oakley of the National Institute on Retirement Security.

How to avert the crisis?

“There’s no shortage of solutions out there,” said John Scott, director of the Retirement Savings Project at Pew. When employers offer retirement plans, like 401(k)s or 403(b)s, that automatically enroll employees rather than ask them to opt in, it dramatically increases the chances that people will at least start to save. But the number of employers offering plans has hit a wall after 40 years of growth. About half of employers offer them and not all enroll their workers automatically.

“So now we’re thinking of some new ideas, mostly at the state level,” Scott said.

For example, small employers often find it beyond their means to offer retirement plans, so Massachusetts is trying a system where multiple small nonprofits can share plans.

Oregon, Illinois and California are experimenting with automatically enrolling workers into a state-run retirement plan if their employers don’t offer one. They start off with savings at low levels, with the option of increasing contributions over time.

“There’s the big challenge, which is, is this financially feasible for a state to pull off?” Scott said.

Programs like these will increase the number of people saving for retirement, but they don’t guarantee that they will choose to save enough.