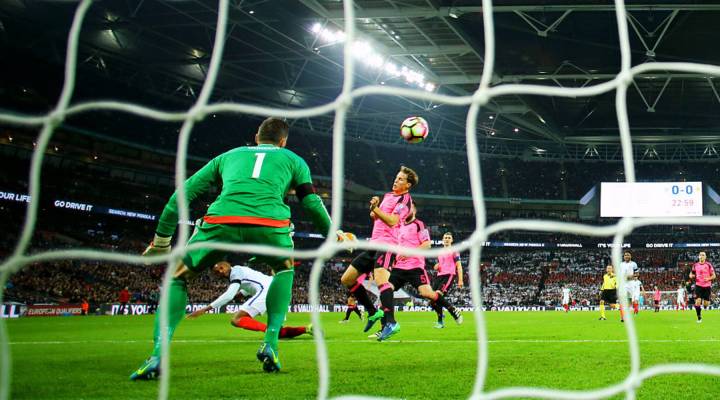 News is out today that soccer’s international governing body, FIFA, is increasing the number of teams in the World Cup to 48. FIFA’s current president Gianni Infrantino pushed for more teams, which will likely affect FIFA’s revenue.

The World Cup is an expensive event — FIFA spent close to $2 billion on the tournament in Brazil last summer —  and FIFA is projected to run a deficit of almost $100 million this year. Marketplace host Kai Ryssdal spoke with professor Victor Matheson, a sports economist at the College of the Holy Cross, to get an idea of what adding 16 new teams will do to FIFA’s bottom line.

Kai Ryssdal: It’s tough to look past this as anything other than money, money, money and a billion dollars, right?

Victor Matheson: Well that’s right — although if you’re a fan of Panama soccer, you’re really looking forward to the next World Cup.

Ryssdal: That’s because in theory, more small nation teams are going to get into the finals now, right?

Matheson: If you look back at what happened in 2014, the teams that were the last teams out were places like Burkina Faso, Jordan, Uzbekistan and Panama. They would all be on the world stage if only they were 48 instead of 32 teams there.

Ryssdal: How much of this do you think is FIFA trying — and you know, power to them for trying — but trying, to get past all the scandal, the decades of corruption and all of that?

Matheson: Certainly they’re trying to turn over a new leaf here. This is a good way to spread some goodwill, especially among all those smaller, maybe less soccer-prone nations, across the world. And it certainly is nice from FIFA’s standpoint to have something besides scandal on the front page.

Ryssdal: But here’s the thing. If the playoffs are more inclusive, then is anybody really in the playoffs — if you take my meaning?

Matheson: There’s several issues here. Number one, it makes all the individual Confederation playoffs much less interesting if essentially every country but one or two is going to qualify for the World Cup. That doesn’t make for very interesting qualifications there. If you’re the United States, and if North America has five different teams in the games here — well, then all of a sudden the United States is almost a lock to get in. It certainly makes all those preliminary games pretty unexciting.

Ryssdal: Do you imagine that with a longer tournament — it’s going to be 80 games in total — television revenue is going to go up, and everybody will, in theory, profit?

Matheson: The issue here is although they do have 16 more games, they actually probably have less premier games than they did before because the big countries won’t be playing against each other until fairly late in the tournament. So unlike the last games where we had big matches like England vs. Italy in the opening rounds, those aren’t going to happen till later and you’re going to have a lot of Panama vs. Uzbekistan, or Egypt vs. Tunisia, instead of those kind of premier games early.

Ryssdal: Fans are still going to watch though.

Matheson: Well, fans are going to watch. But obviously you have a preference for watching your own country and there’s only so many additional eyeballs you can get from New Zealand or from Iceland.

Matheson: Of course I’m going to watch. As a matter of fact, I’m going to have to take June off just like usual.