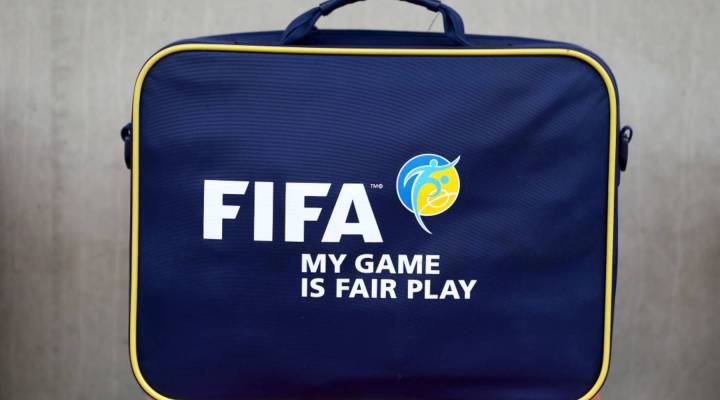 Already struggling under the weight of past corruption scandals, FIFA is once again in the news over ethics violations. A report, commissioned by the belabored soccer ruling body in 2014 has leaked to the German press, prompting FIFA to release the full text.

The document’s 300-plus pages includes details on the ethical concerns involving Russia and Qatar’s winning bids to host the 2018 and 2022 World Cup, respectively, but noted that neither should be disqualified. Winning a bid to host the World Cup can translate into billions of dollars of revenue for a host nation, in addition to boosting national pride.

Ethical concerns around other nations’ interactions with FIFA officials were also detailed in the report, including an alleged request by a South American FIFA official to have the U.K. arrange a meeting with Queen Elizabeth for the official — as well as a knighthood. The request was ultimately denied. Another royal, Prince William, was allegedly present when then U.K. Prime Minister David Cameron discussed a possible vote swap with South Korea — offering to vote for South Korea’s 2022 hosting bid if the country in turn backed England’s 2018 bid. Voting swapping violates “anti-collusion rules,” according to the report.

FIFA has been embroiled in corruption, bribery and money laundering scandals since 2015, when several FIFA officials were arrested following a joint investigation by the FBI and the criminal investigation unit of the IRS. Switzerland later launched additional investigations into the organization, which are ongoing. At the time, crisis management expert Mary Jo Jacobi told Marketplace that the scandal was “a crisis is of epic proportions.” Her remarks proved to be prescient.

Following the arrests, longtime president Sepp Blatter was replaced by Gianni Infantino, who has pledged to rebuild FIFA’s tarnished reputation. FIFA passed a number of reforms aimed at making the organization more transparent, such as limiting terms for presidents and mandating salary disclosures. More women were also added to FIFA’s 36-person executive committee as a way to combat allegations of sexism at the soccer-governing body.

Despite the reforms, FIFA has struggled to woo corporate sponsors — a major funding source — ahead of the 2018 World Cup in Russia. By February, FIFA had only inked nine sponsorships for the event, compared to the 20 sponsors the 2014 World Cup, in Brazil, had attracted. Seeing allegations of corruption in the news again, with the release of the ethics report, can’t bode well for securing additional corporate sponsorship.