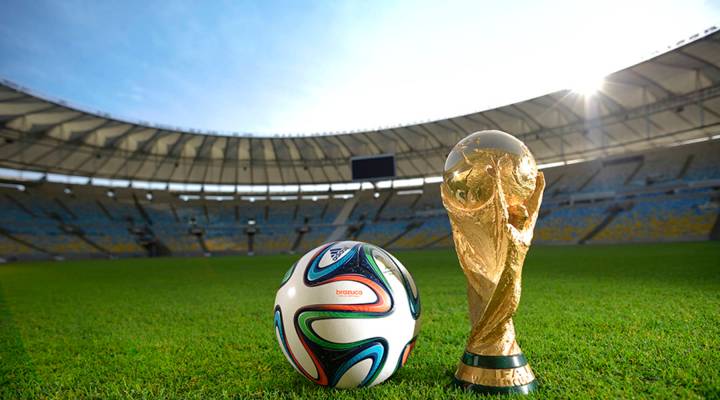 A general view of Brazuca and the FIFA World Cup Trophy at the Maracana before the adidas Brazuca launch at Parque Lage on December 3, 2013 in Rio de Janeiro, Brazil. Alexandre Loureiro/Getty Images for adidas
By The Numbers

A general view of Brazuca and the FIFA World Cup Trophy at the Maracana before the adidas Brazuca launch at Parque Lage on December 3, 2013 in Rio de Janeiro, Brazil. Alexandre Loureiro/Getty Images for adidas

Croatia and France will battle for the title of best soccer team in the world on Sunday at 11 a.m. EST in the FIFA World Cup final. You can watch the game on Fox or Telemundo (if you’re jonesing for those awesomely-elongated goal calls).  Many fans were hoping for an England vs. France final, but in an upset, Croatia beat England 2-1 in Wednesday’s semifinal. And if you’re an executive for one of the World Cup broadcasters, you were probably hoping for that final as well, because Croatia’s not really a club that’s a household name. But it’s going to be a great game, and even if there’s not a lot of scoring, there are plenty of numbers to throw around when discussing the World Cup.

2015 Women’s World Cup Viewers: 764 million. Canada hosted and the United States won the tournament with a 5-2 victory over Japan.

Number of years on the Adidas official sponsor contract: 12.

France FIFA World Rank: 7. The French are a young squad with a ton of speed and lots of flash. It’s the country’s first World Cup final since 2006.

Croatia FIFA World Rank: 20. The Croatians have a dominant mid-field, spearheaded by a pair of players who play their club ball in Spain, Luka Modrić and Ivan Rakitić.

Population of Croatia: 4.29 million. The former Yugoslavian state sits on the Adriatic Sea. The country declared independence in 1991.

Nation with the most Men’s World Cup titles: Brazil with 5.

Nation with the most Women’s World Cup titles: U.S. with 3.

FIFA revenue in 2014: $5.7 billion. FIFA has been awash in scandal for years, after an investigation by an American lawyer, Michael J. Garcia, looked into corruption allegations surrounding FIFA’s executive committee’s process in how it chooses the tournaments’ host countries.

Amount of money Argentinian player Lionel Messi, one of the best known soccer players in the world, made last year: $111 million.

Annual amount of money Nike pays to be the official sponsor of France: Around $63.21 million. Nike will pay $474.1 million over the seven-and-a-half-year contract and supply kit and equipment worth an extra $2.5 million euros a year. Nike also sponsors Croatia, so the Oregon-based company will be able to boast about having the World Cup champion wearing its jerseys no matter which country prevails.