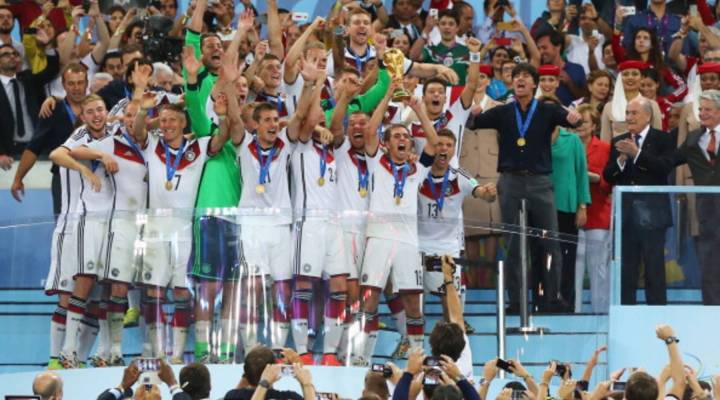 FIFA, the international governing body for soccer, named a new president and made promises to reform Friday following allegations of widespread corruption, the BBC reported. The newly minted president Gianni Infantino vowed to rebuild the reputation of the popular — and lucrative — sport, and there’s plenty of damage control needed.

“We will restore the image of FIFA,” Infantino said in his victory speech.

The U.S Justice Department began indicting several top FIFA executives in the summer of 2015, kicking off a scandal that led to the ousting of FIFA’s last president. We’re talking bribes and abuses of power from an organization that runs the most-watched sporting event in the world. Now, all eyes are on Infantino as he’s tasked with revitalizing the public’s opinion of FIFA.

FIFA’s detractors say the organization is full of corruption, whether it’s how World Cup tournament locations are chosen, how it elects its presidents, or how it disperses the money it makes, including funds that are supposed to be used for improving facilities in some of FIFA’s poorer member nations. FIFA, which stands for Fédération Internationale de Football Association, is federation composed of 209 member associations from different countries all over the world. Its mission is “the constant improvement of football.” (Or, soccer, for those of us in the United States.) It’s supposed to be looking out for all its members, but the lack of transparency makes it hard to keep the top brass accountable. FIFA’s most notable upset recently was awarding the 2022 World Cup to Qatar, a country that is small, but wealthy and powerful. Additionally, FIFA commissioned an independent report investigating its own corruption in 2014, but ultimately chose not to release it. FIFA also passed a series of reforms to make things more transparent, including salary disclosures, limiting the terms of its president and separating the political and managerial functions.

More women at the top

Another potentially major reform to come out of Friday was efforts to include more women at the management level. FIFA will expand its executive committee to 36 members and at least six of these members must be women. The sports world is often pegged with stereotypes of sexist players and officials, and soccer is no exception. FIFA has its share of criticism over how female players and staff are treated, especially given the popularity of the FIFA’s Women’s World Cup.

All of these reforms are meant to restore public faith in FIFA. The reform of its governing body is the first step, but there’s more to consider, given all the damage these scandals have done to its brand. FIFA may also need to think about catering to its fans and repairing relationships with media. And then maybe they can finally kick their good ol’ boys reputation, connect with a wider audience and ultimately, keep making that money.