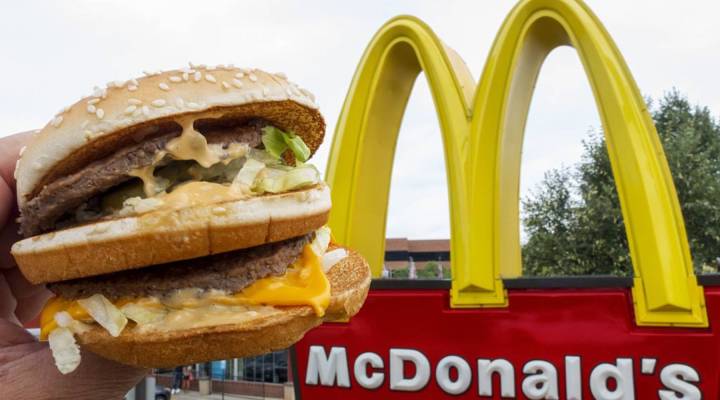 Even though the Big Mac isn’t as relevant as it used to be, McDonald’s still sells plenty of them — 500 million Big Macs are sold per year in the U.S. alone and the iconic burger is available in almost 100 countries, according to The New York Times.

The Big Mac’s creator, Jim Delligatti, died this week at the age of 98. He ran a franchise in Pennsylvania and in 1967 introduced the double-decker burger for 45 cents. He was trying to keep up with Big Boy and Burger King’s larger burger options. By the following year, the Big Mac was on McDonald’s menus nationwide.

Thanks to McDonald’s dominance in the global market, the “meal disguised as a sandwich” became a tool to measure currency exchange when The Economist introduced The Big Mac Index in 1986.

The index is based on the idea that exchange rates between two countries should eventually equalize the prices of an identical item like the mass-produced burger.

Here’s how it works, according to The Economist: “the average price of a Big Mac in America in July 2016 was $5.04; in China it was only $2.79 at market exchange rates. So the ‘raw’ Big Mac index says that the yuan was undervalued by 45 percent at that time.”

The index spawned the concept of “burgernomics,” which has been the subject of several studies, and is even accepted by economic textbooks. The index’s findings help sum up a slice of the global economy. The Economist reported that “judging by the price of burgers, most currencies are undervalued against the dollar.” We’ve even used the index as a way to track how inflation has affected the middle class.

The one major exception to the Big Mac’s universality is in India, where the burger is called the Maharaja Mac, and made with spicy grilled chicken instead of beef and loaded with veggies.