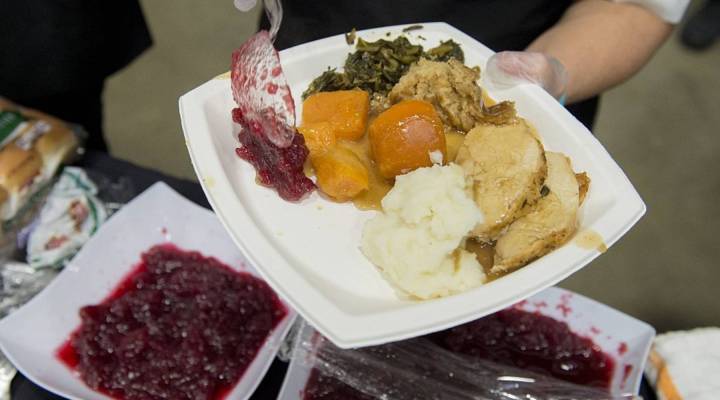 The price of food at grocery stores has been falling for more than a year now. The latest data from the Bureau of Labor Statistics shows a more than 2 percent drop between October 2015 and October 2016. And the price of an 8 to 16 pound frozen turkey is down nearly 11 percent compared to this week last year, according to data from the U.S. Department of Agriculture.

One of the reasons food is getting cheaper? Falling oil prices, which drive down the cost of transporting food.

Another reason: because of good crop years and overplanting, there’s more food coming from farms than people who want to buy it.

One or 2 percent savings might not seem like a lot. But economists say for lower-income consumers, who spend a great deal more of their household income on food, those prices make a very noticeable difference.

And the less money people spend on turkey, the more money they have left to buy holiday gifts.