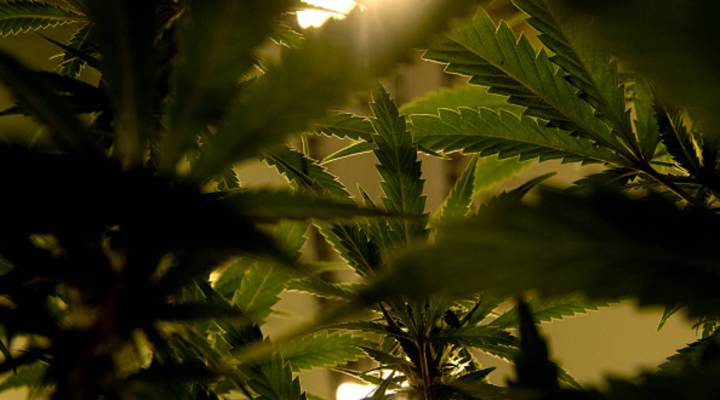 Jennifer Edwards, a 39-year-old hair-stylist in Washington, D.C., is thinking of quitting her day job for an industry that she says has more reliable customers — marijuana.

Edwards has been making edible marijuana products since July as a side business. With minimal effort, she makes about $500 a month. But while the customers may be better and business is good, a lack of federal banking laws for the marijuana industry is keeping her from completely committing to her edibles operation.

“It would make it so I really have a viable business, I can have a bank account and it won’t be illegal,” she said.

Edwards might not have to wait long for these laws, given the political boost the industry got this week. Eight states passed marijuana initiatives, for both medical or adult recreational use, including Florida and California — two of the country’s most populous states.

“One potential outcome of having so many new states legalize is that it will put more pressure on Congress to attend to these issues,” said John Kagia, executive vice president of industry analytics for New Frontier, a group that crunches data for potential investors. “The marijuana caucus is so much larger now.”

To clarify, Edwards can’t legally sell her products. The District of Columbia allows the possession of, but not the sale of, pot, so Edwards has to rely on “donations.” But Kagia said Edward’s banking concern is a common one.

“From a federal standpoint, banking remains the biggest challenge that retail operators are facing,” Kagia said. His data show that more than half of the businesses have bank accounts, but many of them are not able to process credit card transactions. That raises the operational costs of doing business in this industry, as well as security concerns due to the amount of cash they have to manage.

Some smaller regional banks and credit unions are growing increasingly comfortable with marijuana business, but the bigger conventional banks are still reticent.

“The inability to have your bank follow you into new markets is a problem,” Kagia said.

Last July, Colorado Sen. Michael Bennet co-sponsored the bipartisan Marijuana Businesses Access to Banking Act, which would make it clear banks wouldn’t be penalized for associating with marijuana businesses or offering them loans. It hasn’t seen any action since then, but Bennet’s press secretary Laurie Cipriano said in an email, “Michael will point to the success of state initiatives to highlight the importance of access to the banking system for both public safety and oversight purposes.”

For all the talk of hurdles, investors are still very attracted to the market for legal weed, which New Frontiers estimates will hit $20.9 billion by 2020. And it’s not just fringe investors that are interested, but big corporate ones. Hawthorne Gardening, a subsidiary of Scott’s Miracle Gro, for example, is on record saying it will commit half a billion dollars to lighting and hydroponics stores.

That’s good news for consumers, because increased competition is driving down prices.