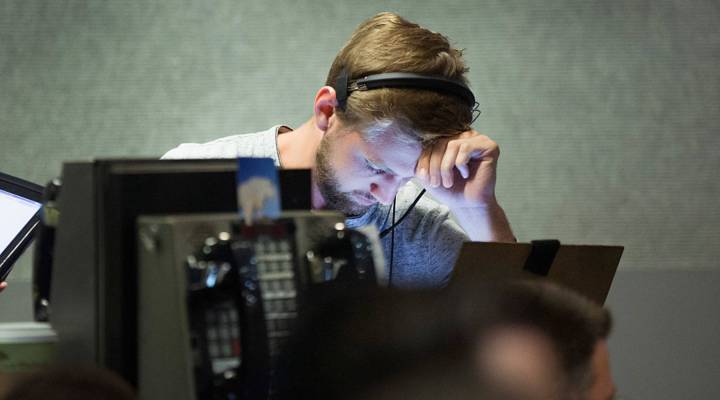 Like everyone else, bond investors woke up on Wednesday morning and saw the news. Then they looked at the returns they were getting on their bonds — around 1.9 percent — and they said ‘oh, no. No, no, no.  If Donald Trump is gonna be president, we’re gonna need more than this from our bonds.’ So, they negotiated lower prices and demanded higher yields.  Why?

One good reason is the potential for big spending on infrastructure during the Trump presidency. “It could be as much as $1 trillion,” said David Krause is professor of Finance at Marquette University, “although most people people think more in the range of $500 million.”

Investors believe that this huge project, along with  the tax cuts on the wealthy Trump has proposed, could send the deficit soaring and require Uncle Sam to borrow a lot of money.

All that borrowing could drive up the returns bond investors get in the future.  So investors today are saying, ‘pony up, bonds, We know better returns are coming down the road.’ So again, they’ve driven yields up.

Now, one fear is that Trump’s trade policies could harm the economy while other policies drive up inflation. This combination is called stagflation.

Martin Hegarty is managing director at BlackRock. He says whether stagflation is a real threat depends on how Trump governs once he gets to the White House. “If the type of president we get is the individual that campaigned on negative rhetoric, I think the potential for a stagflationary outcome becomes much larger,” he said.

Bond markets, and the rest of us, will find out eventually.