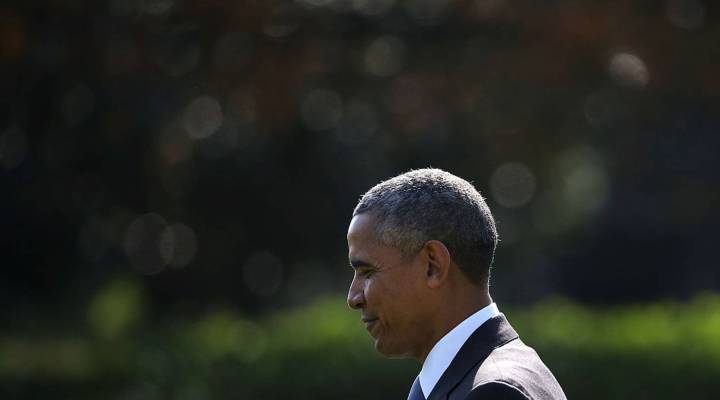 Today we’ll have the final monthly jobs report — for October — before the 2016 election. September’s report put unemployment at 5 percent. Looking back, what do the jobs numbers tell us about President Barack Obama’s economic legacy?  When Obama first won the White House in November 2008, the Great Recession was in full swing. That month alone, nearly three-quarters of a million jobs disappeared from the U.S. economy. Even with the Obama stimulus and Fed rate cuts, it was more than a year before unemployment bottomed out at 10 percent and we started adding jobs again. Since then we’ve been in a slow, steady economic expansion. Economist Andrew Chamberlain at job site Glassdoor said now the labor market looks about as healthy as it did before the last recession. We’re near full employment, meaning it’s easier to find jobs, and harder for employers to fill them. What the improving job market hasn’t delivered — at least to many middle-class workers — is bigger paychecks. And Mark Hamrick, at Bankrate.com, said that could account for a sense of economic anxiety on the part of many Americans. So what is Obama’s economic legacy? It may, in part, depend on how the next president deals with those anxieties.