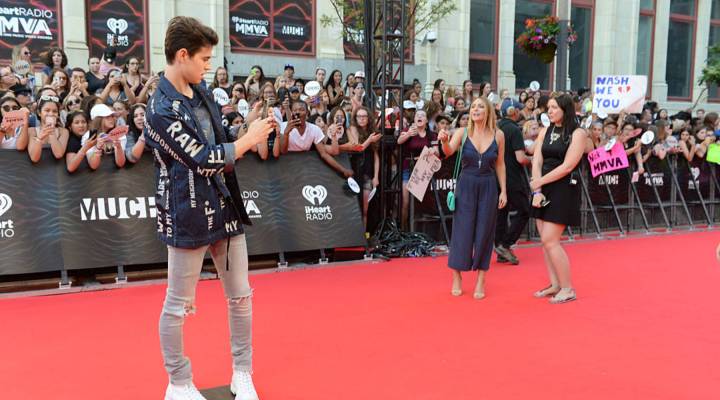 Twitter will “discontinue” Vine, its looping six-second video app, the company announced Thursday morning. It’s a cost-saving move that coincided with Twitter laying off about nine percent of its staff.

Vine was one of the first popular mobile apps to do video and was later overshadowed by Instagram. The app churned out countless memes like “on fleek, ” but the most viral stuff spread on other platforms. It also gave rise to a group of stars who had millions of followers, booked lucrative tours and made five-figure ad deals. But they too left Vine behind, along with the brands sponsoring them and the companies built to manage them.

vine being deleted is like an old friend i havent rly talked to in a while dying & even tho we werent close anymore it hurts to see them go.

We called Joe Gagliese, co-founder of Viral Nation, a company that got its start in so-called “influencer marketing” through Vine. This conversation has been condensed and edited for clarity.

What was your reaction when you heard Twitter would be winding down Vine?

For us, Vine was nonexistent about eight months ago. That’s really where it started to fall apart, and over the last six months, nothing’s been going on there in terms of engagement or acquisition of new users. It’s kind of been a shell for the last six months so it’s not a shock that it’s gone. I know that a lot of the influencers I represent have emotional ties to it, because it’s a part of their life and it was something that propelled their careers, but I don’t think it comes as a surprise.

Strange as it is to be nostalgic for something that was just three years old, there was kind of an outpouring online, with people sharing their favorite old videos.

For sure, even at Viral Nation,  when we moved into influencer [marketing], the first space we got into was Vine. I represent close to 50 Vine stars. I remember about a year and a half ago we had a meeting where we sat down and we said “What’s the longevity of Vine?” and our whole business shifted from Vine celebrities to being Instagram and YouTube-heavy, Snapchat-heavy, Facebook-heavy. We diversified, so Vine is actually our smallest platform in terms of influencers we represent and the business we do with brands. It was a good call because today probably would have been a devastating day for a lot of agencies like Niche and others who are reliant on the platform.

But there is this nostalgia there. Being an agent of close to 300 influencers, I see that they’re taken aback by it. I remember the days when they were filming their videos, it’s kind of like when you watch a home video. The nostalgia, how much fun they were having and how great an atmosphere that was created. Everything has a life cycle, whether that’s Instagram, whether that’s Snapchat. You never know, right?

Why do influencers choose to move off Vine? How do you decide where and when to move? Is it all about following the sponsorship money?

For them, it’s a grind. They’re trying to get big wherever they can, and bring that audience over. But, you know, monetization is a big factor in how these guys operate. I think one of the biggest reasons why all the big influencers left Vine was because for a long time the only way Viners would monetize was either through Viral Nation or Niche, and that was through acquired brand deals that had nothing to do with Vine. Vine really didn’t do anything to help the creators either expand their network, help their brands. I think that ended up being the silent killer.

So it sounds like the strategy for would-be influencers is to ride the wave of a hot new app, then diversify to platforms that are more stable and lucrative — where do you see young stars getting their start now?

I represent a lot of Musical.ly people, and the reason for that is Musical.ly embedded Instagram in their platform. So when those guys blew up their Instagram blew up with it, which was huge. Vine didn’t do that. I immediately called that as a smart play on their end. But the problem with Musical.ly, I’ll be honest with you, is that sometimes when you’re looking at brand integration, and how much the audience is worth — Musical.ly has an audience from six years old to maybe 13. That’s their big chunk. As a marketer, that age group doesn’t have buying power. So in terms of monetization it’s difficult. But it’s a great start because if you can get that longevity out of an influencer career, then that 13-year-old’s going to be 18 in five years.

Something that’s come up in a lot of eulogies for Vine is the diversity of its users, wondering if another platform can give diverse users that same kind of voice.

You’ll hear that a lot of the time with social it has a lot to with stereotypical looks — if they’re good looking [that can] propel people. I think that Instagram and Facebook and YouTube are very powerful for that bias. I think the difference with Vine was, people weren’t there to see someone good looking, they were there to get some kind of entertainment, some type of comedy, that release in their day. It was very different from how all the other platforms worked, which I think is the sad part. Because I control all the influencer emails, I used to get three or four emails a week where people say, “I was going through depression, I was suicidal,” whatever it may be, and “your videos bring me to life everyday.” We don’t get that kind of stuff from Instagram and YouTube and stuff. So it brought a really cool dynamic. 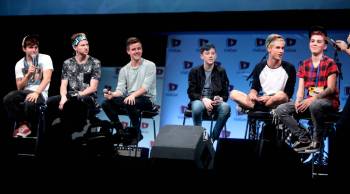 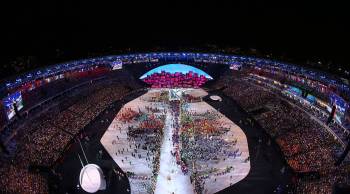 The Olympics are trying to ban GIFs and Vines