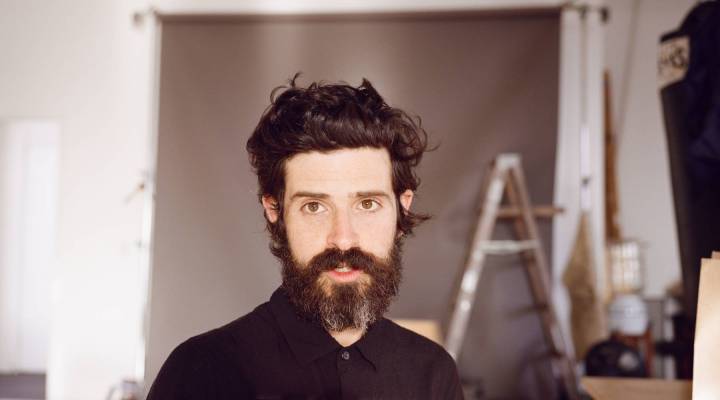 COPY
In a next life Devendra Banhart would be a dried persimmon dealer. Osk Studios/Nonesuch Records
The Marketplace Quiz

In a next life Devendra Banhart would be a dried persimmon dealer. Osk Studios/Nonesuch Records
Listen Now

No matter who you are, you’ve probably had a rough day at the office that changed your perspective, or maybe you made an impulse purchase you really, really wish you could take back. This week, musician Devendra Banhart took our money-inspired personality questionnaire.

Banhart’s album “Ape in Pink Marble” is out now.

Fill in the blank: Money can’t buy you happiness but it can buy you _____

It can lead to total dissatisfaction and the realization that money can’t buy you happiness. I think you can live your whole life just trying to make and more and more, but if you can create a little bit of space between that delusion that it’s going to lead to happiness you can reach a moment you go oh, this really doesn’t lead to happiness so now I’m going to pursue what does. So in that sense money does lead to happiness.

In the next life what would my career be? Oh, easy. Dried persimmon dealer.

Now that’s if it’s limited to a human life. If it’s not, then I’ll go with seaweed. I’ve always thought it’d be nice to be seaweed, kind of just floating about. Within that same kind of maritime theme, blue whale would be pretty fantastic.

When did you realize that being a musician could be an actual career?

When my family heard me sing my first song that I wrote when I was around nine [or] ten-years-old in Caracas.

It was one of those Sundays when we would have lunch at my grandmother’s house, so the  the uncles are there, my cousins are there, [and] my grandmother. They were all sitting in the living room and I said “okay, I wrote a song. I’d like to present it.”

I sang it to them, and it was the look of horror on their faces, it was the request to never do that again that made me think oh, okay, this might be something I want to pursue.

Do you remember the first time you were paid to perform?

The first paid show was in Los Angeles at an art opening and I was paid maybe, I don’t know, twenty five bucks? But that pride, which that was a big deal, but all of it was literally annihilated by the fact that while I was playing I hear someone yell, “shut the F up,” really loud. It kind of shocked me. I started crying.

Of course. But then the show was over, and I felt like OK, now I know what that’s like. It turns out my friend Anti had paid this guy to do that, and he filmed it.

At first that’s what i thought too. Later on I was so grateful because I kind of, you know got to experience that, and yet had the ego padding of knowing that [that guy] didn’t really mean it, my friend paid him, you know what I mean? It was kind of a strange gift.

My first job was shoveling sh** in a farm in …Venezuela. There was a farm and my mom was friends with the farm woman. She thought it’d be good for me to spend the summer there working on the farm. But, my first paid job was bagging groceries at a market called Westward Ho, that doesn’t exist anymore, in California.

Some of those things are free…

The chap stick you mean?

Yeah the chap stick is free. You can just take that from any CVS without paying.

What advice you wish someone had given before you started your career?

It’s okay not to know, and it’s okay to ask for help.

Do you feel like you did those things when you started out?