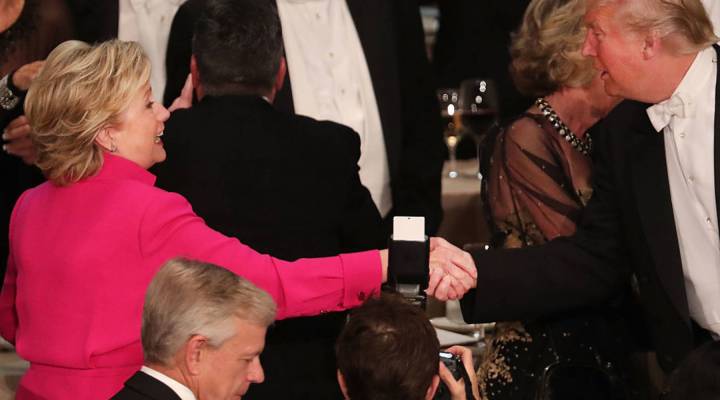 Sometimes, on the Friday of a long week, you just a want a little bit of good news.

A new election survey out from Colby College and the Boston Globe shows that 93 percent of likely voters are pushing for both sides to “cool tempers, shake hands, and come together to confront the challenges ahead,” according to a report in the Boston Globe.

Maybe there’s more optimism going around than we think — The Marketplace-Edison Research Poll showed that 55 percent of us are “hopeful” for U.S. economy.

But Trump and Clinton supporters agree on more than the need for compromise. More than 80 percent of voters agreed that “Washington is broken,” and 76 percent said civility in politics has declined over the past decade. You can explore the poll results, broken down by race, age, gender and party affiliation, on SurveyUSA.