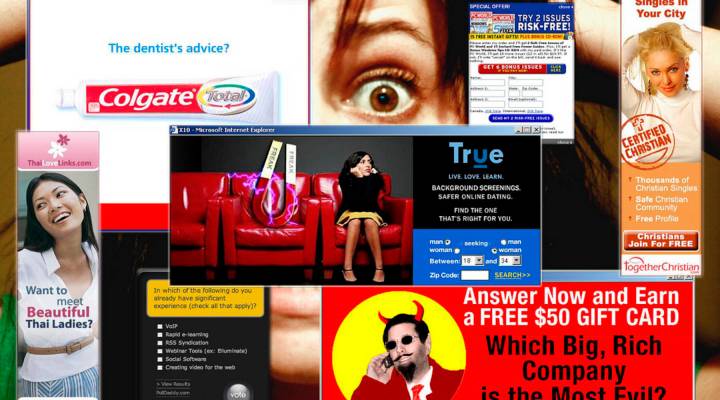 When’s the last time you saw an online ad you really hated? If you’re a typical user who reads even the occasional online article, chances are good it happened just a few minutes ago.

But if you’re part of the growing number of people who’ve installed an ad blocker on their browsers or smartphones, it may have been a while. That freedom from autoplaying videos and expanding ads that cover the content you’re trying to read however isn’t without a price.

The increased use of ad blockers is worrying for content publishers who rely on online advertising for revenue. Efforts are underway to educate users of the necessity of ads, while simultaneously convincing publishers to adopt advertising methods less frustrating for the average site visitor.

The Interactive Advertising Bureau recently released a study that found 26 percent of the people they surveyed are active users of ad blockers.

“At the end of the day, advertising funds the internet,” Alanna Gombert said, general manager for the IAB Tech Lab. “It provides for free content, and it provides for an experience for consumers that they wouldn’t ordinarily have if they had to pay for a subscription.”

“Consumers need to understand that, and vice versa, the digital advertising ecosystem has to make that experience better,” she added.

The report estimates that about two-thirds of the population that uses ad blockers could be convinced to turn them off if publishers adopt improved user experience methods, such as getting rid of content-covering ads, giving users more control over the ads they see and making clear that users aren’t being tracked by ads.

For people who insist on blockers, it advises showing messages that explain the necessity of ads along with deals, like small subscription fees, to see fewer of them.

Gombert said some news organizations have indicated some success in using such efforts.

“They are seeing consumers respond to their messages,” Gombert said. “They are seeing increased adoption, and in some cases, they’re seeing, when offered a lighter ad experience, consumers are spending more time on the page.”

For many, issues of security and privacy are the main drivers of blocking ads. Many ads utilize tracking code that collects information on the online behaviors of users.

“It’s not the advertising that bugs me,” said Jeremy Gillula, senior staff technologist at the Electronic Frontier Foundation. “It’s the tracking, because it’s all about the privacy.”

“If there is a revolution, and the advertisers move away from tracking, then it just means that Privacy Badger will stop blocking their ads,” Gillula said.

Regardless of the efforts to reduce ad blocker usage, some think it’s inevitable that the majority of people will eventually install them.

“The blocked web is steadily growing, and the normal web is steadily but slowly shrinking,” said Johnny Ryan, head of ecosystem at PageFair, a company that tracks ad blocker data. “It’s moving in only one direction.”

Ryan views the ad-blocked browsing experience as an opportunity, partly because his company offers advertisements that will show up even when someone is using an ad blocker.

“That is actually a new premium space for brand marketers and therefore also for publishers, and it’s a premium space, because it’s the only space on the web where the audience actually has any attention,” Ryan said.

The current effort to reform digital advertising could be necessary for keeping those advertisements from getting out of control, according to Ryan.

“We’ve had to think long term about what those ads should be, and how do we not corrupt the blocked web with the mistakes that have really been a disaster for the normal web,” Ryan said.

“It’s simply a rectangle or a square with a picture of a product and some writing,” Ryan said. “It looks like ads have looked for many, many years.”