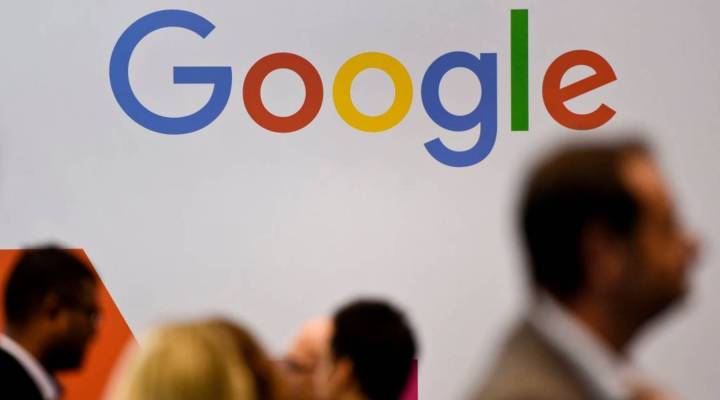 COPY
People pass by the Google logo at the Web Summit in Lisbon on Nov. 8, 2017.  PATRICIA DE MELO MOREIRA/AFP/Getty Images

Google earns roughly 90 percent of its income from showing you ads online, so it might seem counterintuitive that the company’s Chrome browser will now automatically hide all ads on websites that use certain annoying and intrusive kinds of advertising.

Google says it’s blocking the ads its users complain about the most, like videos that autoplay at full volume, flashing ads, and giant pop-ups you can’t figure out how to close. The standards for unacceptable ads were defined by the Coalition for Better Ads, a group formed by Google and later joined by other advertisers, publishers and trade associations.

“Consumers were becoming increasingly frustrated with ads that disrupted their searches for content,” said Coalition spokesman Brendan McCormick. “And that was showing up in increased adoption of ad blockers that were consumers’ way of pushing back against these bad ad experiences.”

So far, about 18 percent of American desktop users have ad blocking software, which vastly reduces the number of ads they see and reduces the revenue for publishers and for Google.

And those annoying ads? They tend to pay publishers more — because they don’t easily go away. Melissa Simpson is with mobile ad firm Kargo, which used to specialize in some of these sticky, eye-popping ads that are now on Google’s no-fly list. She says her company began phasing them out last year.

“Now in 2018, we’ve completely sunset them and no longer are supporting them,” Simpson said. “And we’re happy with the new guidelines that are coming out because it’s helping the demand side basically stop asking for them.”

Ad blocking software still hasn’t really caught on for mobile, and Simpson wants to keep it that way.

“I think everyone realizes there needs to be these standards in place,” Simpson said. “It’s kind of not the Wild West anymore, if you will.”

The Coalition For Better Ads’ standards are informed by Google research. The industry agrees there should be standards, but many worry Google shouldn’t be the one setting them. Ophir Tanz is CEO of GumGum, a company that uses artificial intelligence to create display ads within images. He says Google will have the power to stifle innovation and investment.

“Who’s to say that next month a product representing millions of dollars of investment won’t be banned the day after its release?” Tanz said. “And what about the month after that?”

Tanz says he and other ad tech firms hope Google sets up a transparent appeals process for its ad-blocking standards. Google already controls slightly more than 40 percent of the digital ad market and about half of all web traffic, via search. And more than half of internet users browse on Chrome. Terry Taouss is a consultant with AdProfs, which works with publishers and ad tech companies.

“If your lifeblood as a publisher is based on your ability to generate advertising, and Google can unilaterally just decide, hey this ad doesn’t look good, we’re turning your advertising off, that’s like a big, big problem,” Taouss said.

The average publisher in the U.S. has seen revenue drop 15 percent because of ad blockers, according to PageFair, a company that helps publishers recapture that lost revenue by circumventing them. CEO Sean Blanchfield says clients know bad ads are a problem, but are uncomfortable giving Google more control of their industry.

“Publishers are increasingly feeling like they’re really in a gig economy,” Blanchfield said. “No longer independent businesses, but more like Uber drivers. They’re monetizing Google users, with Google ads, coming to them in a Google web browser.”

Google says it’s given the industry plenty of heads up, and it provides a tool that lets publishers check their sites for offending ads. The company says of the 100,000 websites it’s evaluated, roughly 1 percent failed to meet the new standards.