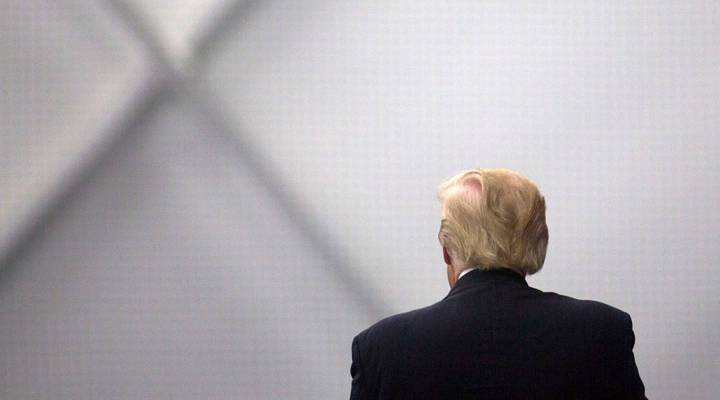 COPY
Donald Trump is running for president as a businessman, not a politician. Jessica Kourkounis/Getty Images

Donald Trump is running for president as a businessman, not a politician. Jessica Kourkounis/Getty Images
Listen Now

It’s a mantra you’ve heard from presidential candidates many times over the years: I’m a business person. I’ll run this country like my business, and everything will be great. We’re not just talking about Donald Trump here. We’ve had a number of candidates running on their business records, with varying degrees of success.

Not everyone thinks Donald Trump is the quintessential businessman. Be that as it may, he is running on his business record.

There’s a plus side to doing that. And a minus side. On the plus side:

“There is sense for many Americans that politicians and government is inefficient,” said Julian Zelizer, a professor of history and public affairs at Princeton University. “There is a belief, whether it’s right or wrong, that in the private sector you can’t do that. So someone successful must be able to move forward on difficult issues.”

“And he used his business record to root himself in small business America. In rural America,” Zelizer said.

But Carter, Bush and even Hoover also had political records to run on. Zelizer said Donald Trump is unusual in that he’s only running on his business experience. Even Mitt Romney was a governor.

And that brings us to the minus side of running for president as a business person: It can be really hard to explain business decisions to voters.

“This is, I think, what goes to the heart of the difficulty of being a business person running for office,” said J.W. Verret, a former Romney adviser who’s now a senior scholar with the Mercatus Center. “In the short term, there’s often just an ugly side to business.”

And that can turn voters off. For example, Romney’s firm, Bain Capital, was criticized for closing companies and laying off workers.

In this campaign, Donald Trump has similar problems. Running on a business record is hard.

At a bar in downtown Washington, people watched the first debate between Trump and Hillary Clinton like it was football game.

They booed when Trump said “That’s called business, by the way,” when Clinton accused him of benefiting from the recession and housing collapse.

“In his world, they kind of normalize these hustles,” Brokaw said. “People with a lot of money tend to use their wealth as a way to get other people to buy into the B.S., so to speak.”

Brokaw is voting for Clinton.

But, even a Trump supporter at the bar — Marc Egan — said he wishes Trump would stop talking about how rich he is.

“Him talking his personal stuff is just totally not the right move, and he needs to stop doing that,” Egan said.

Egan wants Trump to say how his success would make everyone successful if he’s elected. That’s right in line with what Craig Garthwaite, a professor at Northwestern University’s Kellogg School of Management, said.

And that’s a problem if you don’t have a political record to run on.