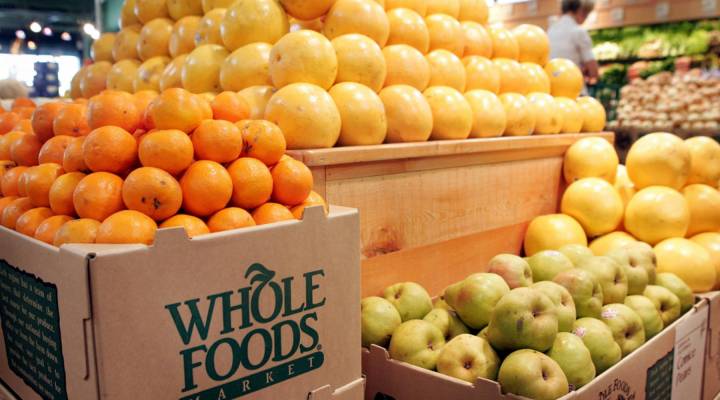 Whole Foods employees are putting the finishing touches on the new South Side Englewood store in Chicago. Shelves are going in. The marquee sign is getting a touch up. This low-income black neighborhood grapples with numerous issues – foreclosures, unemployment and violence.

For three years, Whole Foods engaged with Englewood residents. The grocer is bringing 100 new jobs to the neighborhood. Local residents were key in the design of the store. They voted on a mural by a local artist. They told corporate officials they wanted more hot food options. They demanded the company offer jobs to ex-offenders.

The glaring question of course is – how will residents in a place with 21 percent unemployment afford to shop here?

Whole Foods co-CEO Walter Robb has heard all the concerns about pricing.

Naomi Davis is a community activist and critic of Whole Foods in Englewood, even though she shops at the chain from time to time in other locations.

“I wonder why a local fresh market purveyor wasn’t targeted for that spot?  I concern myself with that we are not thinking about community wealth building,” Davis said.

The mayor’s office and Whole Foods picked this location when the grocer expressed an interest in opening in an underserved Chicago neighborhood. But Robb also said Englewood residents didn’t want a “Half Foods,”  a store with half the standards just because it’s in a black neighborhood.

Glen Fulton is president of an Englewood community development nonprofit, the Greater Englewood CDC. He said the grocer kept its promises.

“Everything they said they were going to do they’ve done. They’ve had regularly scheduled monthly meetings with the community,” Fulton said.

The Englewood Whole Foods will have cooking classes, free meeting space for community groups and 35 South Side vendors with their products on the shelves.