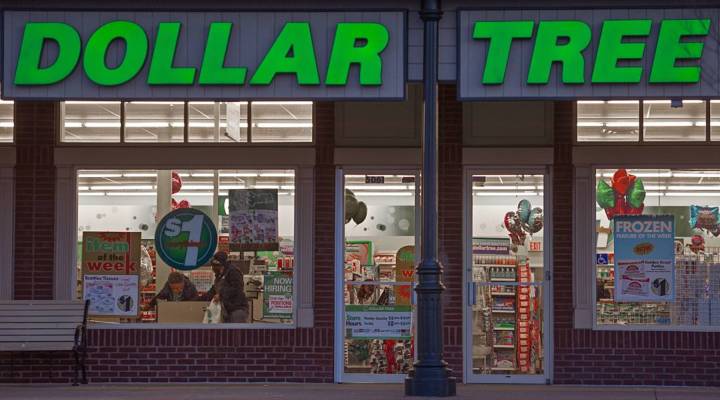 Marketplace listener Doray Sitko, of Austin, Texas, sent us this question: “How can the dollar store still be the dollar store? A lot of the products that I was purchasing for a dollar years ago, I’m still purchasing for a dollar today. And I wonder how they can maintain that dollar price-point—seemingly indifferent to inflation or cost of living?”

The “dollar-store” category consists of stores that sell a relatively limited range of items, at hyper-discount prices. Their prices are overall (though not necessarily for any specific individual item) lower than the mainstream discount chains, such as Walmart and Target.

The two main national competitors in the dollar-store sector are both publicly traded: Dollar General, and Dollar Tree (which recently acquired Family Dollar stores). Dollar Tree prices all items in the store at $1 or less. Dollar General does not limit items for sale to those at or below $1. A spokesperson told us via email that the company prices more than 80 percent of items at $5 or less.

And in general, retail experts agree that both chains have been very successful keeping most prices constant over the past decade or more.

By contrast, consumer prices in the U.S. economy overall have been rising by about 1.7 percent per year since the mid-2000’s, according to the Bureau of Labor Statistics’ Consumer Price Index (CPI). So what cost $1 in 2006, will on average cost approximately $1.19 today.

Dollar Tree did not respond to our query about how it keeps  every price in the store fixed at $1 in the face of inflation. Dollar General’s spokesperson emailed that it is “dedicated to the affordability needs” of its customers, but did not elaborate.

Adheer Bahulkar is a partner in the retail practice of global strategy and consulting firm A.T. Kearney, and he said the dollar stores employ a multi-faceted strategy for maintaining relatively constant super-discounted prices in the face of inflation. He said there are three key components: merchandise selection (often generic or off-brand) and substitution, using robust data analytics to always lock in the lowest wholesale price available; extremely lean operations (for instance, minimal staffing in stores and corporate headquarters, low-rent store locations, etc.); and constant adjustments to the supply chain to take advantage of lower-priced overseas producers, as well as efficiencies in distribution, warehousing and logistics.

Mark Cohen, director of retail studies at Columbia Business School, said the dollar stores turn the standard business relationship of goods-supplier to goods-retailer on its head.

“This channel has the benefit of hard-wired price-points to be able to negotiate,” said Cohen. The chains use leverage as huge purchasers of a relatively narrow range of products (for example, just one or two brands of cola, rather than more than a dozen at a standard retail store), to dictate to suppliers the inventory purchase price.

And why would supplier brands, such as Gatorade or Welches, play ball with this cut-throat pricing strategy that cuts into their bottom line? “They use different math than they would use for their more traditional retail customers,” said Cohen. He said that the ultra-low price suppliers  get from a dollar-chain may still pencil out to a narrow profit if  the companies are clearing out old inventory, or unloading goods that don’t pass muster for mainstream retail chains.

“There’s always going to be excess supply, or distressed goods that somehow went bump in the night,” said Cohen. “If it’s cheap enough, these stores don’t care if the yellow is three shades off of what was originally ordered.”

And economist Mark Kuperberg at Swarthmore College pointed out that the dollar stores sell plenty of items—for instance, clothing, consumer electronics and household goods—that have actually bucked the general price-inflation trend, and gotten cheaper over time, as production has shifted to lower-cost factories overseas.

Finally, if all else fails, said Kuperberg, discounters can shave the quantity or quality of an item—just a bit—to keep the price on the package constant.

“There’s the famous cases of when there were price controls,” said Kuperberg, “so a pack of cigarettes would have X price, but then people would make the cigarettes smaller. So there are ways in which you can maintain a price of a dollar but it’s actually not the same product any longer.”

In the future, maintaining prices at $1 could get harder for the dollar stores, said Cohen, “if inflation were to become rampant—they might have to become two-dollar stores.”

But he said bargain-loving consumers will still shop at a two-dollar store, before spending $2.50 at Target or Walmart. 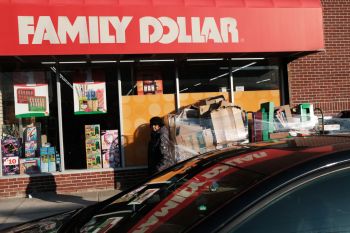