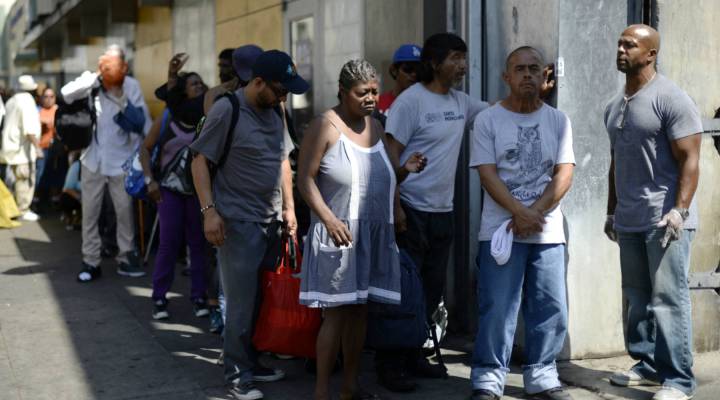 Today, the Census Bureau will release new data on poverty in the U.S. The numbers for 2015 help inform decisions about funding for safety net programs, and provide the official “poverty rate.” The data will also detail how different gender, ethnic and income groups are faring in the economy.

David Cooper of the Economic Policy Institute expects the poverty rate to decrease, which means fewer people living below the poverty line.

“From 2014-2015, we had very low inflation,” Cooper said, “and that means that any increase in household or family incomes really translated into a significant or meaningful improvement in those household’s quality of life.”

On the other hand, in terms of economic inequality, Cooper said things got worse.

“2015 is probably going to go on record as another year of increasing income inequality,” he said. “The biggest raises were going to the folks that were already earning the most. That probably means that annual earnings for the highest paid workers probably went up the most as well, and 2015 is going to be more unequal than 2014.”

But even as the rich are getting richer, so are many other people, according to Anna Chu of the National Women’s Law Center.

“A lot more families are getting a toehold on the economy, and doing slightly better in recovering from the great recession,” she said.

Chu said the numbers might even show the wage gap between men and women close a bit. But, she’s not too excited. Even if it does shrink, it will probably only be by a cent or two. So, instead of women making — on average — 79 cents to a man’s dollar, they’ll make 80.