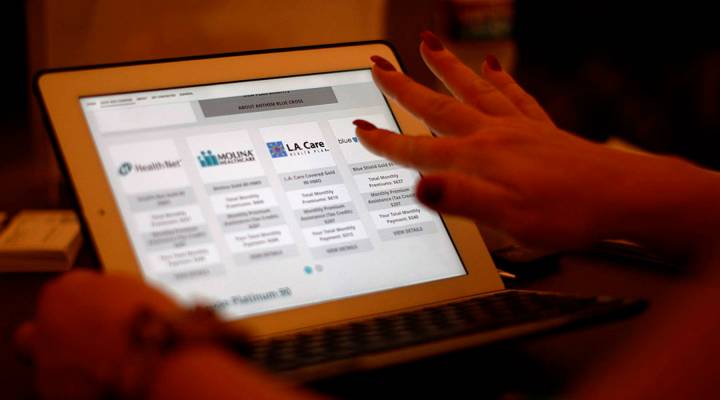 Aetna now joins UnitedHealth, Humana and others insurers in scaling back their involvement in healthcare exchanges.

“Aetna’s decision has a direct effect on competition in many parts of the country and it’s a bit of a red flag for the future,” said Larry Levitt with the Kaiser Family Foundation.

As of today, Aetna’s exit leaves all of South Carolina and most of North Carolina with just one insurer next year, according to a Kaiser analysis. Levitt said people in about a quarter of all counties will only have one option. That’s better than Pinal, Arizona, which currently has no exchange coverage.

While fewer choices won’t raise prices for most consumers, the quality of the coverage could slip.

Insurers say there aren’t enough healthy people who have enrolled in the exchanges to cover the cost of the sick. Aetna said it had lost $430 million since 2014. Obamacare critics see this as a sign that the end of the health reform law is near. But John Bertko, chief actuary with the exchange, said this has more to do with business than politics.

“Plans who have been in the market have learned some tough lessons,” said Bertko.

The problem, he said, is big insurers offered too much at first and they didn’t realize the game has changed.

“Most but not all of the big five are incompetent at creating good, narrow networks,” he said.

Bertko said 11 plans in California are all either making money or close to breaking even. California’s experience appears to square with accounts that smaller insurers familiar with low-income patients and offer narrow groups of physicians and hospitals are making a go on the exchanges.

Andy Slavitt, the acting administrator at the Centers for Medicare and Medicaid, oversees the exchanges. He brushed off comments that the long-term viability of the exchanges are in doubt because industry leaders are taking a bath on the exchanges. While Slavitt certainly doesn’t want to see so many insurers leave, he said this trend reflects a new market shake out.

“Everybody launched into this new market without a lot of data, made their own assumptions and now they are spending time adjusting to those assumptions,” he said.

Since Obamacare has always been controversial, it’s hard to figure out the difference between the hype, the hate and the hope.

Certainly, enrollment lags well behind expectations at this point, reducing the margins on this business. Congress hasn’t helped either by limiting subsidies to help insurers absorb losses.

Aetna’s announcement puts growing pressure on the administration to find ways that make the exchanges an attractive business opportunity, or run the risk of severely limiting competition.