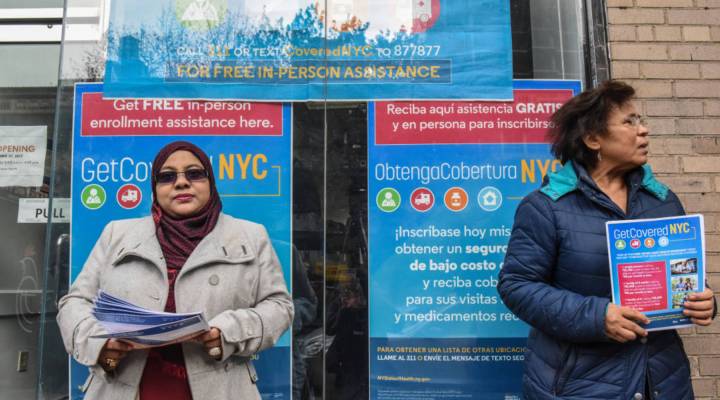 Open enrollment for health care under the Affordable Care Act began today. Though long-held promises to repeal Obamacare have not happened, President Donald Trump and Republican lawmakers have taken actions many fear will weaken the exchanges where people buy health insurance.

Starting next year, there’ll no longer be an individual mandate penalizing people if they don’t have coverage. Also, the Trump administration relaxed rules regarding short-term policies that exist outside the exchanges, allowing them to provide coverage up to a year. That change gives potential buyers far longer than the three-month period allowed during the Obama era. Such policies tend to be cheap and could be a draw for healthier people.

Overall, health care policies are cheaper than they were last year, when insurers jacked up premium prices over uncertainty about whether Obamacare would continue to exist. This year, as those concerns have diminished, prices have dipped.

“Premiums, on average, are actually going down in the ACA marketplace, but they’d be going down even further if not for repeal of the individual mandate penalty,” said Larry Levitt, a senior vice president at the Kaiser Family Foundation.

Levitt said the changes that take effect in January could have a larger impact down the road if they cause fewer healthy people to pay into the exchanges.

“From a consumer perspective, this all looks quite good right now, but there are these looming risks for insurers that could be a return of bad news in the future,” he said.

Even so, other experts believe concerns that Obamacare would enter a death spiral seem less plausible.

“The individual market is finding a stable equilibrium,” said Matt Fiedler, a fellow at the USC-Brookings Schaeffer Initiative for Health Policy. “Without the Trump administration’s actions, we would’ve found that equilibrium sooner, and we might like that equilibrium better, but this market, without legislative changes, is here to stay.”

A true checkup of the ACA will happen after Dec. 15, when open enrollment ends, and it’ll become clear whether or not fewer people got insured.